- The autobiography for WWE Hall of Famer Pat Patterson will be released by ECW Press on August 9th in hardcover and eBook format. Titled "Accepted: How the First Gay Superstar Changed WWE," the book was written by Patterson and co-authored by Bertrand Hebert. Vince McMahon wrote the foreword.

Below is the cover art and synopsis: 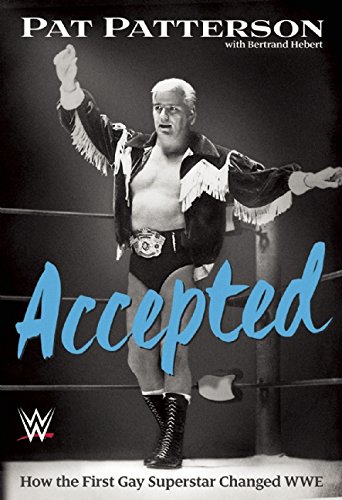 When Pat Patterson was 17 years old, his parents threw him out of the house after he told them he was in love . . . with a man. Cast off to the United States from Montreal in the 1960s, barely knowing a word of English, he set about a new life as a wrestler. Long before being gay was routinely accepted, Pat lived in the super-macho world of pro wrestling.

One of the most unlikely stories of a revolutionary talent, pioneer and creative savant, Patterson recalls the trials and tribulations as he climbed to the upper ranks of sports-entertainment as a performer and, later, as a backstage dignitary in this fascinating and revealing memoir. After making his mark in the ring as the prestigious first holder of WWE's Intercontinental Championship, Pat set out to conquer the WWE world behind the curtain. He became the lead creative force behind the Royal Rumble Match and countless innovations that have shaped the way the WWE Universe has enjoyed sports-entertainment for generations.

Many WWE fans know Pat Patterson as a ring legend, WWE Hall of Famer, and one of Vince McMahon's "stooges" during the Attitude Era. But Patterson is no stooge. He has long been one of Vince McMahon's trusted advisors, his impact and importance to the nascent stages of WWE nearly comparable to the Chairman himself. Still active in WWE today, Pat delivers his no-holds barred story from unknown to WWE luminary.