Dawson deleted that tweet and later tweeted that it was "stupid" to say. You can check out his follow-up and a screenshot of the deleted tweet below:

Admittedly my last tweet was stupid. I've worked w/ all those teams & have the utmost respect for them. Stupid tweet to try to rile fans. 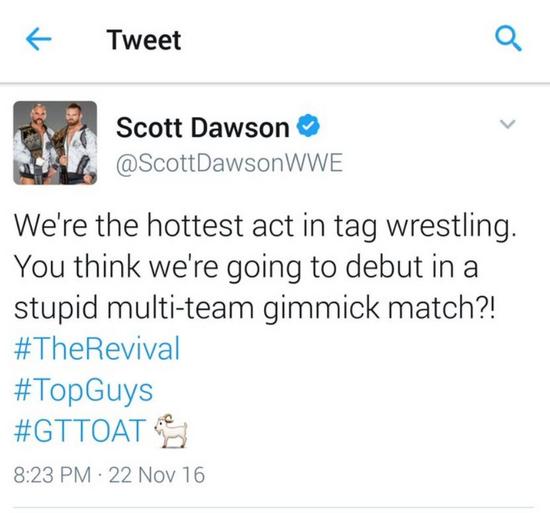