The finals of the 2018 Mae Young Classic will feature Toni Storm vs. Io Shirai. The live finals are set to take place on Sunday, October 28 at the first-ever all-women's WWE Evolution pay-per-view.

You can read full spoilers from this week's MYC tapings at the following links: Night One and Night Two.

WWE taped 8 MYC episodes at Full Sail University this week. The first episode will premiere on Wednesday, September 5 after WWE NXT goes off the air on the WWE Network. The 32-woman tournament will continue each Wednesday night until two competitors remain for the finals at Evolution. The matches were called by Renee Young, Michael Cole and WWE Hall of Famer Beth Phoenix. The Bracketology special will air on Wednesday, August 29 with Phoenix and Mauro Ranallo hosting.

WWE has not revealed the official MYC brackets but below is a spoiler look at the matches along with a photo from our correspondent, Will Henderson (@willh94). 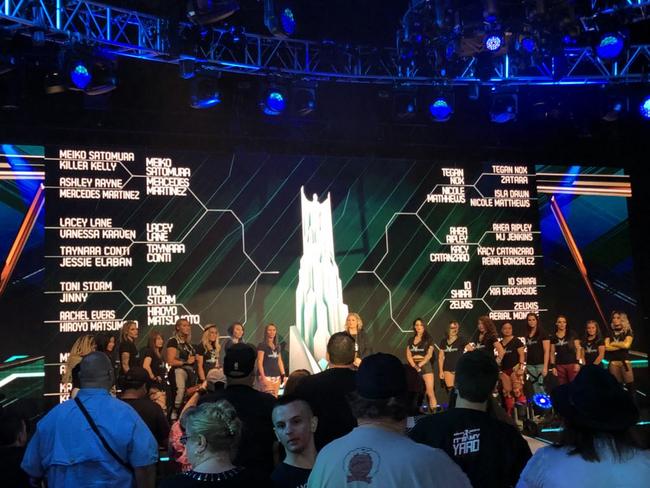