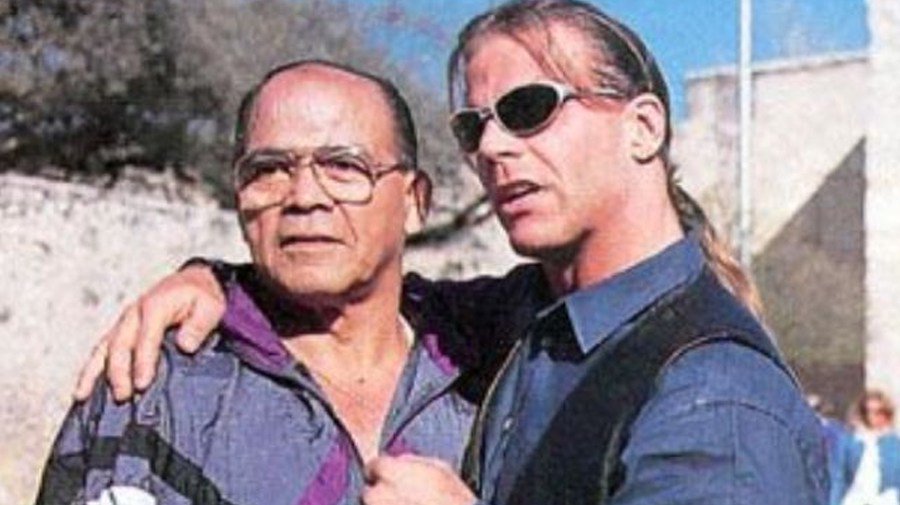 NWA Hall of Famer Jose Lothario has passed away at the age of 83.

Former NWA President Bruce Tharpe broke the news of Lothario's passing on Twitter today and The Cauliflower Alley Club later confirmed, as seen below. There's no word yet on what led to his passing but we will keep you updated.

Lothario previously accompanied WWE Hall of Famer Shawn Michaels to the ring at WWE events in the late 90's after training him years earlier. WWE issued the following statement on Lothario's passing:

WWE is saddened to learn that Jose Lothario has reportedly passed away at age 83.

Despite never winning a WWE-sanctioned championship or competing at WrestleMania, Jose Lothario  born Guadalupe Robledo on Dec. 12, 1934  made a lasting mark on the WWE Universe by simply agreeing to train a cocky teenager from San Antonio, Texas. A cocky teenager that grew up to become WWE Hall of Famer Shawn Michaels.

Lothario helped HBK find his footing for a career between the ropes, from selecting Shawn Michaels as a ring name to teaching The Showstopper how to effectively perform the signature kick that came to be known as Sweet Chin Music. HBK soaked up every last lesson taught by Lothario, a Saturday morning staple for wrestling fans of a certain age from the Lone Star State.

"I think every young boy who lived in Texas knew who Jose Lothario was," Michaels told WWE Magazine in 1996. "I first saw him on TV when I was 12. He was the first Superstar to come across my screen. He is a legend in San Antonio, Cuba, Mexico just about everywhere!"

Of course, Lothario became an effective mentor only after establishing his well-traveled reputation as a gritty grappler. As an NWA mainstay, he helped usher in popular Mexican wrestling styles to the sports-entertainment scene in the United States. His fans knew him best as "Super Sock," a nickname recognizing the punches Lothario used to dole out during his past experiences in boxing.

Lothario even briefly displayed his considerable talents before the WWE Universe, most notably by humbling Jim Cornette in a match at In Your House 10: Mind Games.

WWE extends its condolences to Robledo's family, friends and fans.

Sad news today. The great JOSE LOTHARIO has passed away. So thankful that I had the opportunity to induct him into the NWA Hall of Fame while I served as President. He was so happy and it was my pleasure to induct him. God bless you Jose Lothario and may you Rest In Peace.

The Cauliflower Alley Club is saddened to report the passing of wrestling legend Jose Lothario. May he rest in peace. pic.twitter.com/FO4HnKzAT1

Below are some videos from Lothario's career: