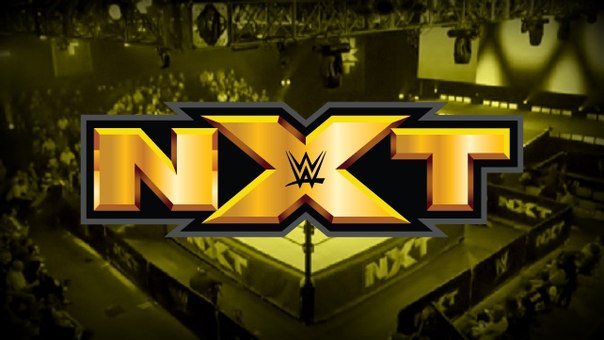 Thanks to Will Henderson (@willh94) for texting us the following WWE NXT TV spoilers from tonight's tapings at Full Sail University:

* The Forgotten Sons (Steve Cutler & Wesley Blake) defeated Raul Mendoza & Humberto Carrillo. Some innovative offense to start by Mendoza & Carrillo until Cutler catches Mendoza on a whisper in the wind attempt and slams him into Humberto. Mendoza makes the tag to Humberto, who runs wild. Humberto with a rolling moonsault for a nearfall. Mendoza goes for a suicide dive onto Cutler, but eats a forearm. This distracts Humberto and lets the Sons take advantage and hit their double team finisher for the win

* NXT Women's Champion Shayna Baszler (with Jessamyn Duke & Marina Shafir) defeated Dakota Kai. Shayna dominates after Kai gets a flurry to start. Kai fights back with kicks and hits her running boot. Shayna avoids a second attempt and hits a knee to the face for 2. Dakota hits a big boot and a double stomp off the top rope for a nearfall. Shayna gets a boot to the head to stop another stomp attempt. Dakota fights back again with kicks, but Shayna trips her up and locks in the choke for the win. After the match, the Horsewomen rough up Dakota until Io Shirai makes the save. Io clears the ring and the Horsewomen pull Shayna to safety before Dakota can hit her corner boot

* NXT Champion Tommaso Ciampa comes out for a promo. Ciampa says he ended the fairy tale, exposed the mystique, and turned the dream into a nightmare, and yet the crowd still doesn't accept him as champion. Says this title reign will go down in history and be taught to children for years to come. Aleister Black interrupts. Says he stood toe-to-toe with Gargano and his sins, the sins that Ciampa created. Black invokes his rematch for "Takeover: Phoenix", but Johnny Gargano interrupts and says he and Black aren't done. Ciampa fuels the fires and says it should've been the two of them in the WarGames structure and says in his opinion, they should finish it in a steel cage match. Gargano agrees and says he wants the match. Aleister says he'll fight him anywhere, even back in the parking lot. Johnny says that didn't work out well for him last time. Black goes for Black Mass, but Gargano runs away. Black nails Ciampa instead and stares Gargano down

* EC3 defeated Bobby Fish (with The Undisputed Era). Adam Cole cuts a promo before the match saying that 2018 is the beginning of a decade of dominance for them, and that in 2019, they will all be draped in championship gold. EC3 takes control to start. Fish tries to fight back, but EC3 hits a powerbomb and sends Fish outside. NXT Tag Team Champions Roderick Strong and Kyle O'Reilly jump up on the apron to distract, and Fish gets a block on EC3's injured knee to take control. Fish with an exploder for 2. EC3 with a suplex and punches to fight back. EC3 does his elbow and Undisputed distracts again. Fish goes for a cloverleaf, but EC3 rolls him up for the win. After the match, The Undisputed Era attacks EC3 until Heavy Machinery make the save and clear the ring. EC3 hits the One Percenter on Kyle and Otis follows it up with the Caterpillar

* Oney Lorcan & Danny Burch defeated The Mighty. They brawl to start. Oney hits his cannonball dive. Oney reverses a dropkick into a powerbomb and a single-leg crab on Shane Thorne. Nick Miller with a big spinebuster for 2. Burch with a Thesz Press, and runs wild. Dropkick to Thorne. Thorne fights out of a Doomsday Device attempt and The Mighty hit a powerbomb/superplex combo out of the corner. Miller with a powerslam and Thorne hits a step up cannonball off of Miller's back. Oney fights back with slaps and posts Miller. Danny gets the tag and they hit the elevated DDT for the win. Fun sprint

* Mia Yim defeated Reina Gonzalez to qualify for a Fatal 4 Way to determine the #1 Contender for the NXT Women's Title. Mia with several guillotine choke attempts early. Reina powers out and drapes her over the top rope. Mia eventually hits Eat Defeat for the pin

* NXT North American Champion Ricochet retained over Tyler Breeze. Great match. Breeze gets a huge pop when his music hit. Ricochet misses a Phoenix Splash. They trade counters and hit a double crossbody. Breeze with a super kick and a reverse-rana for a nearfall. Ricochet catches Breeze's Beauty Shot attempt and hits a Cradle Shock for the win

* Io Shirai & Dakota Kai defeated Jessamyn Duke & Marina Shafir. Jessamyn has control of Dakota early. Dakota makes the tag to Io, who runs wild on Marina. Io with the double knees and sets up for the moonsault. Duke tries to distract, but Dakota hits her with a running boot and Io hits the moonsault for the pin

* Heavy Machinery defeated two enhancement talents in a squash match. The Undisputed Era come out on stage to taunt. Machinery hit the Compactor on one jobber, but don't go for the pin and hit it on the other. They then hit a Double Compactor for the win

* Matt Riddle defeated Kassius Ohno. Riddle goes for the knee but Kassius sidesteps it. Riddle hits a huge suplex and the Bro-ton Splash. Ohno takes control. Ohno with a spinning boot for 2. Ohno hits 2 senton splashes, but Riddle catches Ohno in the Bromission for the tapout. After the match, Riddle offers a fist bump, but Ohno refuses. Ohno re-enters the ring and kneels down for a fist bump, but then throws Riddle into the ringpost. Ohno tosses him into the stairs and lays him out with an elbow, then picks his hand up for the fist bump

* Jaxson Ryker defeated Mitch Taverna in a total squash. They had to re-film the finish and Ryker hits the rope-bounce powerbomb two more times to ensure it's done right

* Bianca Belair defeated Mia Yim, Io Shirai, and Lacey Evans to become the #1 Contender for the NXT Women's Title. Lacey steps out to start the match. Mia with a tope on Bianca and Io hits her middle rope dive as well. Io and Mia double team Lacey until Mia accidentally takes out Io. Lacey takes control on Io. Bianca hits Lacey with Io and then gets tossed out of the ring. Bianca breaks up Lacey's pin and they argue but then double team Mia. Bianca with a huge spear on Io and all 4 are down. Io with a 619 and a diving dropkick for a cover, but Lacey breaks it up. Mia and Lacey square off. Io hits the moonsault on Lacey, but Bianca jumps in and whips her with her hair. Bianca tosses Io out onto Mia and hits the sitout Burning Hammer on Lacey for the win

* NXT Tag Team Champions Kyle O'Reilly and Roderick Strong of The Undisputed Era retained over Heavy Machinery. Machinery use the size advantage to dominate the early going of the match. After a dive outside, Undisputed take control on Tucker. Tucker finally gets the hot tag to Otis, and he runs wild on both Kyle and Roddy. Otis hits the Caterpillar on Roddy. Machinery hit a slingshot side slam for 2. Tucker misses with a moonsault. Otis lays out Roddy and goes up top, but Strong hits an enziguri, and goes for a superplex. Kyle gives the powerbomb assist for a 2. They accidentally ring the bell and have to improvise for a moment. Undisputed hit Total Elimination for the win

* Johnny Gargano defeated Aleister Black in a Steel Cage match. Johnny attacks during Aleister's entrance and they brawl around ringside. Aleister gets the better of the exchange and tosses Gargano into the ring. Gargano freaks out and tries to flee. Gargano crotches Black on the top rope and then tosses him into the cage to take control. Aleister fights back and hits his moonsault off the top rope. He tosses Johnny into each side of the cage. Black with a big knee to the face for 2. Black climbs the cage, but decides to go back after Gargano. Gargano sidesteps him and Black crashes into the cage. Gargano climbs but Black stops him. Gargano jumps off the ropes and hits a powerbomb on Black off the top of the ropes. They trade strikes. Aleister traps Johnny between the ropes and the cage and hits running boots. The referee opens the cage door and Aleister almost kicks Johnny out of the cage, but pulls him back in. Black goes to springboard but Gargano pulls him off and into the GargaNo Escape. Aleister powers out, and tosses Gargano into the cage, but he climbs up. They fight on top of the cage. Johnny goes for a springboard rana, but Aleister pushes him off and hits a double stomp. Johnny blocks the Black Mass and lawndarts Aleister into the cage. Johnny climbs the cage, but Aleister goes for the door. Ciampa runs out and slams the door on Black and attacks him. Gargano gets back in the cage and stares off with Ciampa. They do the DIY finisher on Aleister with Johnny hesitating after the hit that Ciampa would hit him. Ciampa instead smiles and waves and closes the cage door as Johnny covers Aleister for the win. That's it for the tapings