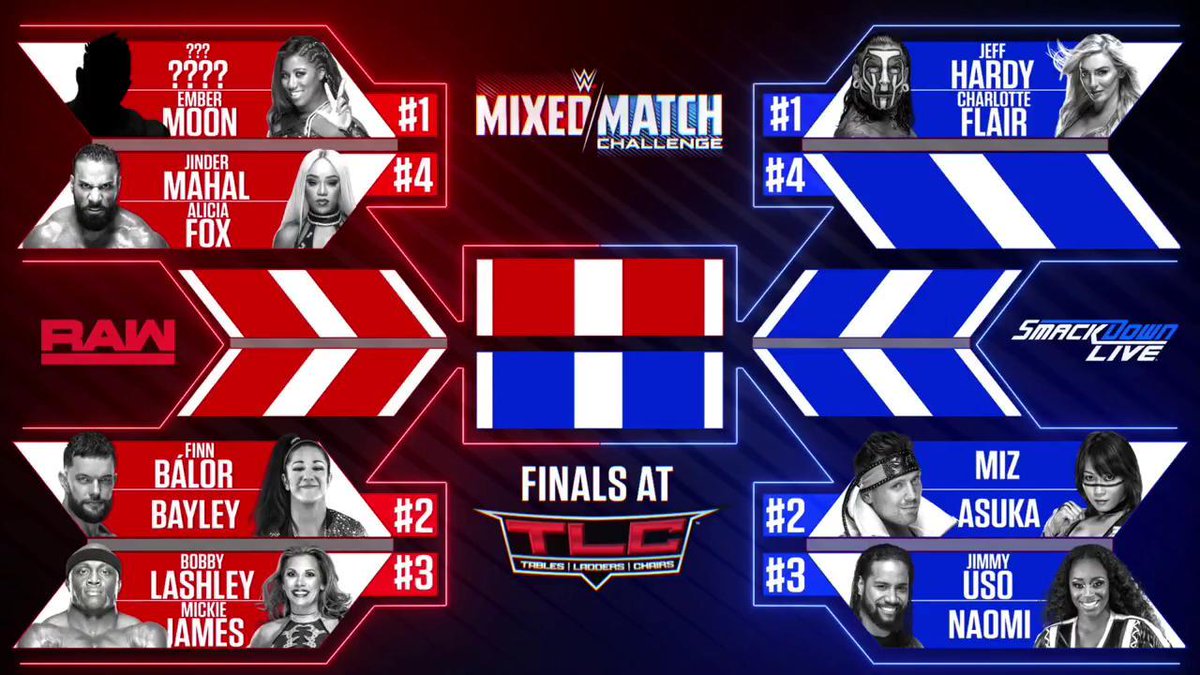 Week 10 of WWE's Mixed Match Challenge Season 2 saw two teams pick up wins for the first time in the competition - Jinder Mahal and Alicia Fox defeated Bobby Roode and Natalya while R-Truth and Carmella defeated Rusev and Lana. All four teams went into this week's episode with no wins.

This week's losing teams are headed home as the MMC Playoffs will begin next Tuesday night. This week's winning teams have secured their spots in the playoffs. Next week's episode on Facebook Watch will feature Finn Balor and Bayley vs. Bobby Lashley and Mickie James plus Jinder and Alicia vs. Ember Moon and her new tag team partner. As noted, Braun Strowman was pulled from the competition due to his elbow injury. The Miz and Asuka vs. Jimmy Uso and Naomi plus R-Truth and Carmella vs. Jeff Hardy and Charlotte Flair have also been announced for the playoffs.

The finals of the round-robin style tournament will take place at the WWE TLC pay-per-view on December 16 in San Jose, and the winners will earn the #30 spots in the 2019 Royal Rumble matches this coming January, and an all-expense-paid trip to anywhere in the world they want to go.

Below are photos and videos from this week's MMC episode along with the brackets and a post-match promo from The Fabulous Triuth. It should be noted that the #4 blue brand spot on the brackets went to Truth and Carmella after this week's win.

The stage is set for the remaining weeks of the #WWEMMC! pic.twitter.com/TaS1tJVFMB