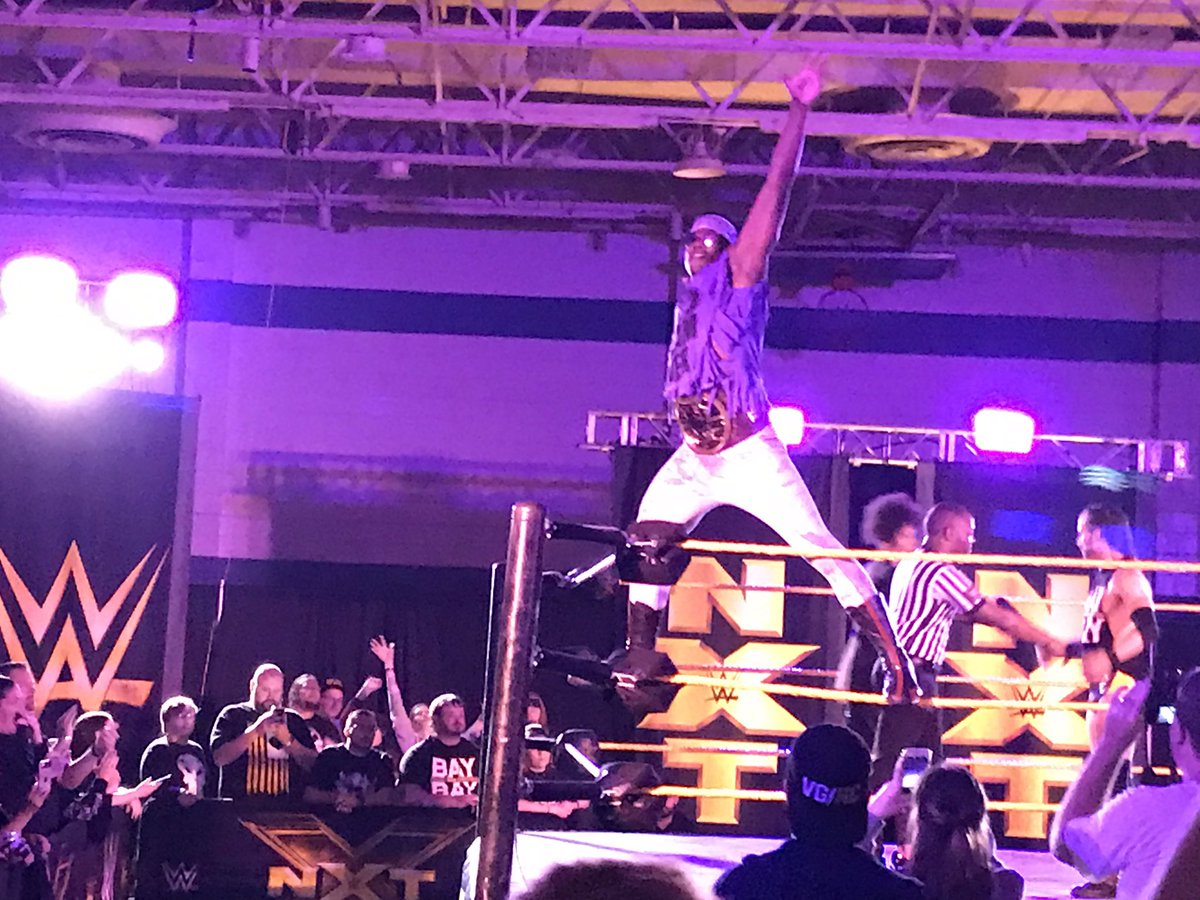 Thanks to Tara's Friend Henry for the following WWE NXT live event results from Thursday's show in Largo, Florida:

* WWE Women's Tag Team Champions Sasha Banks and Bayley appeared for an in-ring promo. They stayed around to watch the next match

* Io Shirai and Kairi Sane vs. Rhea Ripley and Reina Gonzalez vs. Aliyah and Vanessa Borne ended when the heels attacked Sane and Shirai. Banks and Bayley made the save, then posed with Sane and Shirai