Bret Hart Attacker Felt It Was "The Right Moment" For The Assault, Photo From Courtroom Appearance 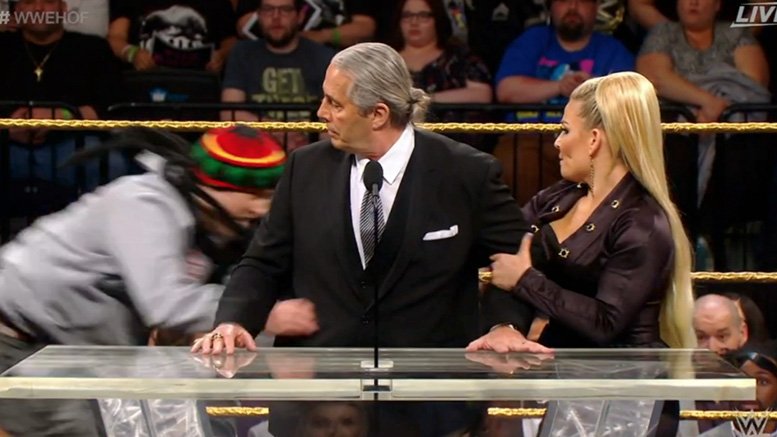 Zachary Madsen, 26, of Lincoln, Nebraska was in court on Sunday after tackling Bret "The Hitman" Hart during The Hart Foundation's induction at the WWE Hall of Fame ceremony on Saturday night. In a wild scene, Madsen was quickly subdued by a group of wrestlers, with several getting physical with the attacker.

During the court appearance, Madsen reportedly told police that "it was the right moment" to attack Hart.

"I just felt like it was the right moment," Zachary Madsen told police, according to prosecutors in court, via The New York Post.

Bail was set at $1,500 for Madsen at the hearing. The judge also issued orders of protection barring Madsen from approaching Hart and WWE security guard, Thaddeus Jones.

Madsen, who is an amateur MMA fighter with record of 2 wins and 1 loss, was allegedly stalking another MMA fighter, Haris Talundzic, last September. As we previously reported, Madsen was arrested back on December 28, 2018 for violation of a protection order. He was arrested again a week later for stalking on January 5 of this year.

Below is a photo of Madsen from his court appearance:

Bret Hart's attacker tells police: 'I just felt like it was the right moment' https://t.co/vzsjE4QwiJ pic.twitter.com/qNhAlYobWC