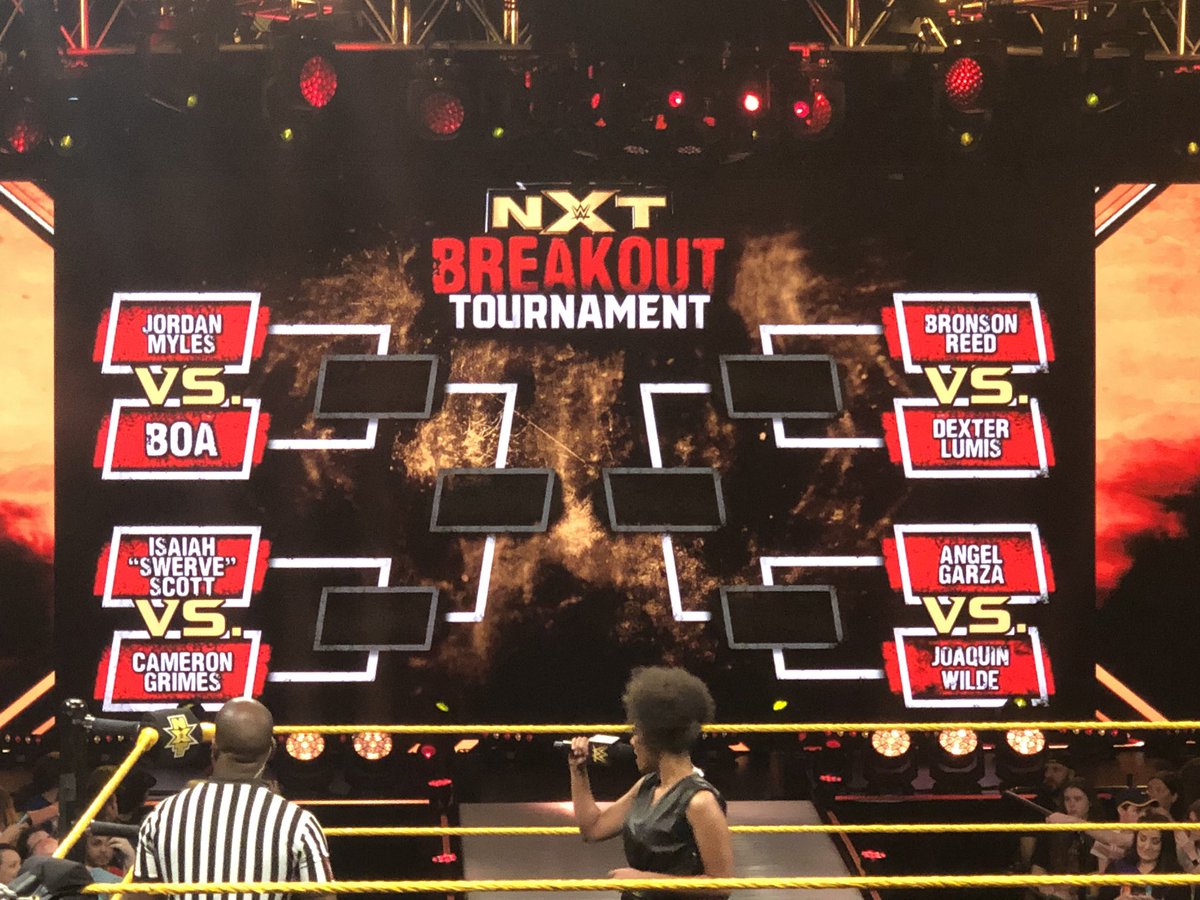 The tournament features NXT Superstars who haven't made their official TV debuts yet. The winner will receive a future NXT title shot of their choosing.

The first round of the tournament will likely begin airing on Wednesday, June 26 on the WWE Network. Regal's announcement should air next Wednesday. The following first-round matches will take place:

We have full spoilers from the tapings at this link.

The semi-finals of the tournament should be taped at Thursday's tapings from Full Sail University, to air in late July - early August. This has not been confirmed but the finals may end up taking place during WWE SummerSlam weekend on Saturday, August 10 at "Takeover: Toronto" from the Scotiabank Arena.

Below is a look at the NXT Breakout Tournament bracket and logo:

The break out tournament will begin airing on the June 26 episode of #NXT. pic.twitter.com/KvGVBcJxTY