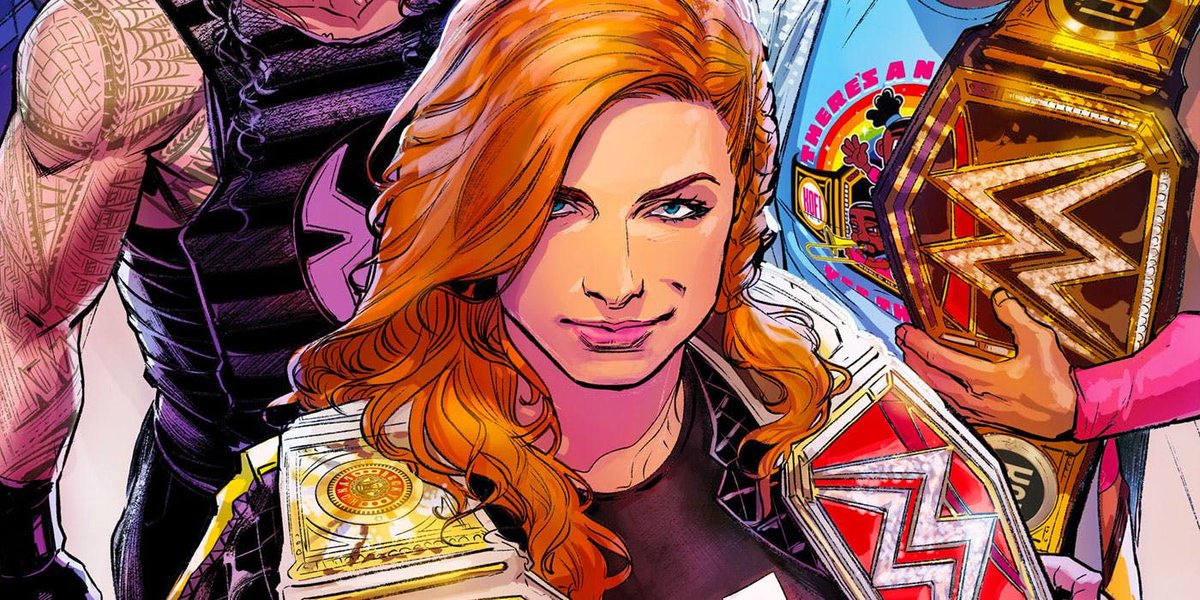 It was recently reported that BOOM! Studios was ending their WWE comic book series that began in 2017, after a run of 25 issues. BOOM! has now announced WWE SmackDown Live #1, a new comic that is designed to push the Friday night premiere of WWE's blue brand on Fox in October.

The new special issue will feature RAW Women's Champion Becky Lynch as she gets ready for the Friday night premiere. The Undertaker, Kane, WWE Women's Tag Team Champions The IIconics, WWE Champion Kofi Kingston, Roman Reigns and others will also be featured.

Print copies of the issue will be available on Wednesday, October 2 at local comic book shops and at the BOOM! Studios webstore. Digital copies will also be available.

Below is the full announcement with artwork from BOOM! Studios:

BOOM! Studios is proud to continue The Road to San Diego, a ten-day spotlight on the most exciting comic book and graphic novel news in advance of Comic Con International in San Diego (July 17-21), with the announcement of the WWE SMACKDOWN LIVE #1. Written by Kevin Panetta (Bloom) with art by Kendall Goode (WWE), follow WWE Superstar, Becky Lynch, as she gets ready for the Friday night premiere of SmackDown Live in this special issue.

Join Lynch as she arrives at the arena and runs into The Brothers of Destruction (Undertaker and Kane), WWE Women's Tag Team Champions The Ilconics (Peyton Royce and Billie Kay), WWE Champion Kofi Kingston, WWE Superstar Roman Reigns, and many more. Behind the scenes, unexpected alliances are formed, lifelong enemies are made, and chaos ensues as Superstars erupt into a free-for-all centered around The Man herself.

WWE SMACKDOWN LIVE #1 features a main cover by artist Xermánico (Injustice:Gods Among Us).

"The Man is one of the most electrifying Superstars to hit the ropes, and what better way to begin a new era of SmackDown Live than with Becky Lynch in the lead?" said Chris Rosa, Editor, BOOM! Studios. "Current WWE Superstars collide with WWE Legends, who are all here for one of the biggest and most unpredictable nights that they'll ever face in the ring."

Print copies of WWE SMACKDOWN LIVE #1 will be available for sale on October 2, 2019 at local comic book shops (use comicshoplocator.com to find the nearest one) or at the BOOM! Studios webstore. Digital copies can be purchased from content providers, including comiXology, iBooks, Google Play, and the BOOM! Studios app. 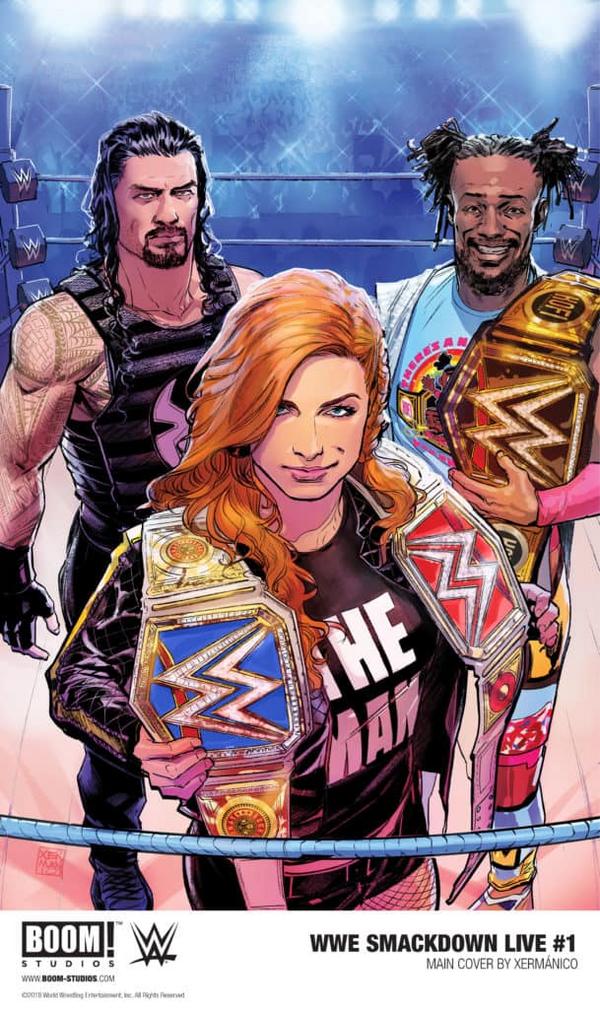