Dr. Britt Baker To Wrestle At AEW Fight For The Fallen, Bea Priestley To Debut 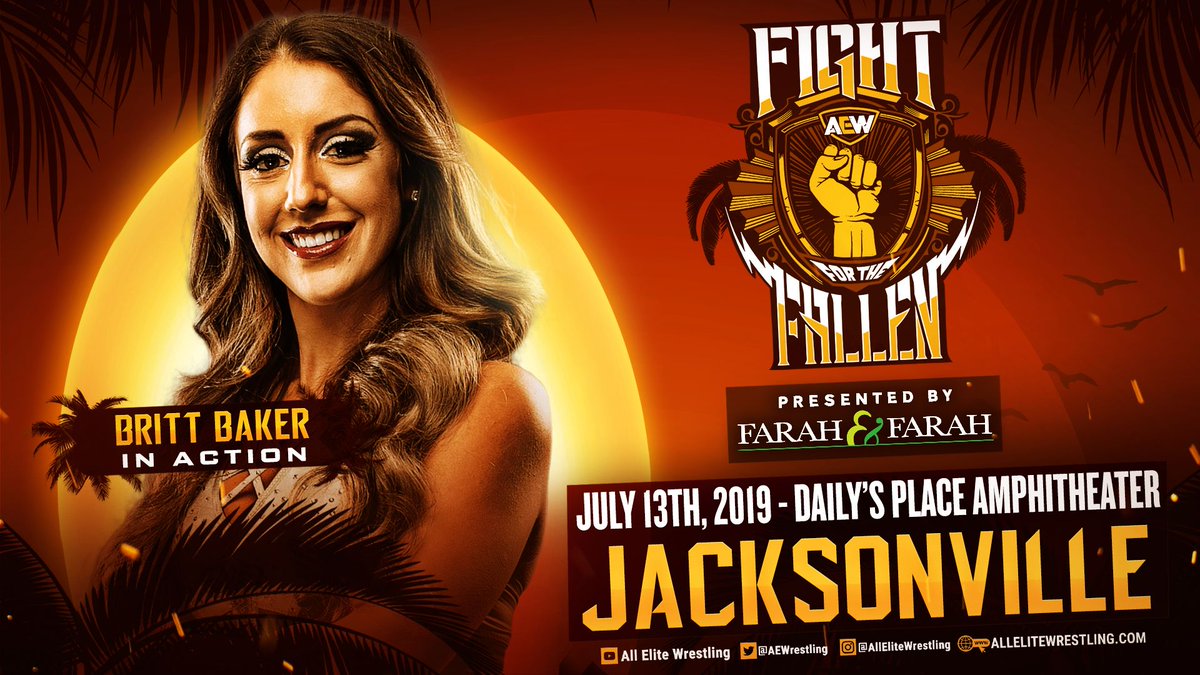 AEW has announced that Dr. Britt Baker will be in action at Saturday's Fight for the Fallen event.

There's no word yet on who Baker will be wrestling, but we will keep you updated. It's been reported that AEW is looking to push Baker at the top of their women's division.

UPDATE: AEW has also announced that international women's indie star Bea Priestley will make her AEW debut at Fight for the Fallen. There's no word yet on if she will be facing Baker.

Below is the updated card for Saturday:

Cody Rhodes and Dustin Rhodes vs. The Young Bucks

Frankie Kazarian and Scorpio Sky vs. Pentagon and Rey Fenix

Chris Jericho will have a live mic

The Buy In Pre-show
Sonny Kiss vs. Peter Avalon with Leva Bates