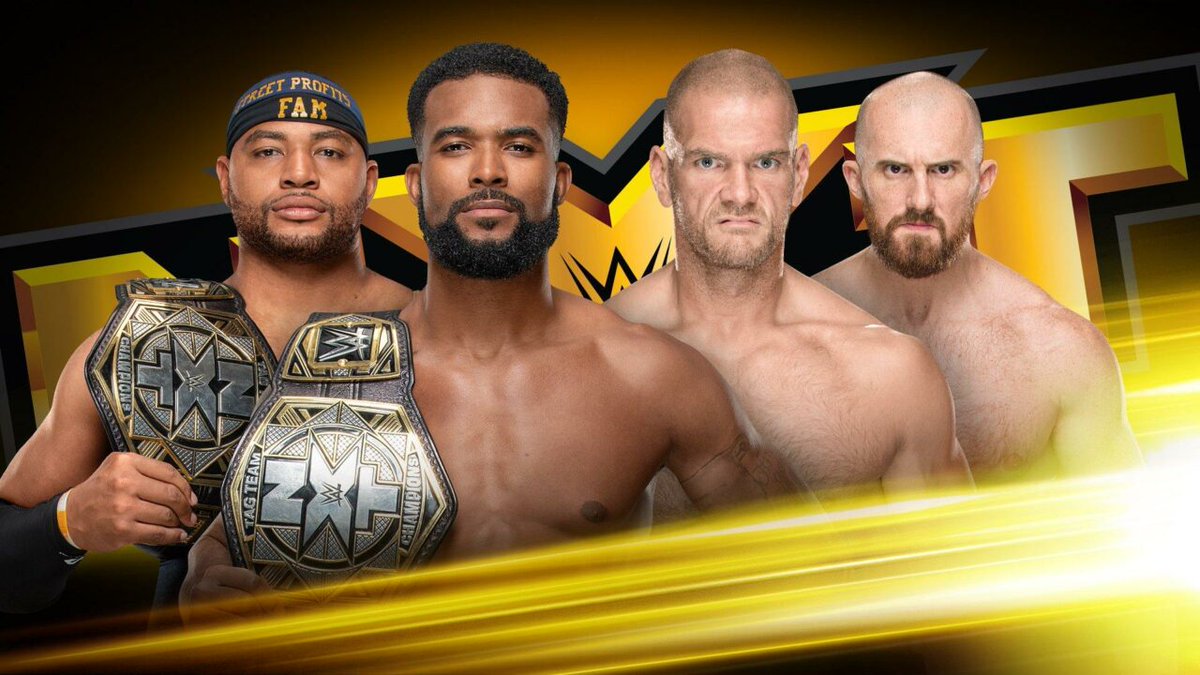 Remember to join us tonight for our live Viewing Party at 8pm ET.

* Jordan Myles defeated Boa in a NXT Breakout Tournament match. Myles is the former ACH. Stokely Hathaway is front row scouting this match. Good back and forth. Boa with a butterfly suplex for 2. Myles takes control and runs wild, and hits a 450 for the win

* NXT Tag Team Champions The Street Profits retained over Oney Lorcan and Danny Burch. Good match. Fast-paced. Profits go for the Doomsday, but Oney fights out and they take control. Everything breaks down and we're down to Oney and Montez Ford. Montez dives over Oney and wipes out Burch. Oney goes to dive but Angelo Dawkins nails him with a punch. Profits hit the spinebuster/frog splash combo to retain. After the match, Kyle O'Reilly and Bobby Fish come out and clap at the Profits from the stage

* We get a video recap of the recent NXT Women's Title Steel Cage match between champion Shayna Baszler and Io Shirai, and Shirai's heel turn on Candice LeRae after the match. Shirai comes out with a new entrance and an evil leather look. The crowd won't let her speak for nearly 5 minutes. She says she doesn't have any friends, and she doesn't need any of us. She drops the mic

Previous Article
The Patriot On Which WWE Hall Of Famer Introduced Him To Drugs, Why He Backed Out Of WWE CTE Lawsuit
Next Article
The Young Bucks Say They've Had A Lot Of Talks With CM Punk, Provide Update On PAC's Status With AEW