AEW Announces Sadie Gibbs For The All Out Casino Battle Royal 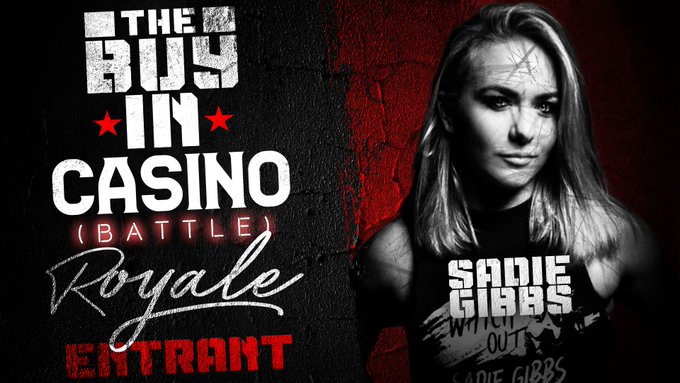 AEW has announced Sadie Gibbs for the 21-woman Casino Battle Royale at the upcoming All Out pay-per-view.

Gibbs was announced for the Casino Battle Royale following the earlier confirmation of Big Swole. There are now 11 spots left for the match. The winner will earn a spot in the match to crown the inaugural AEW Women's Champion, during the TNT premiere on October 2.

All Out takes place on Saturday, August 31 from the Sears Centre Arena near Chicago.

Below is the updated announced card:

The Best Friends vs. The Dark Order
Winners receive a First Round Bye in the AEW World Tag Team Titles tournament.