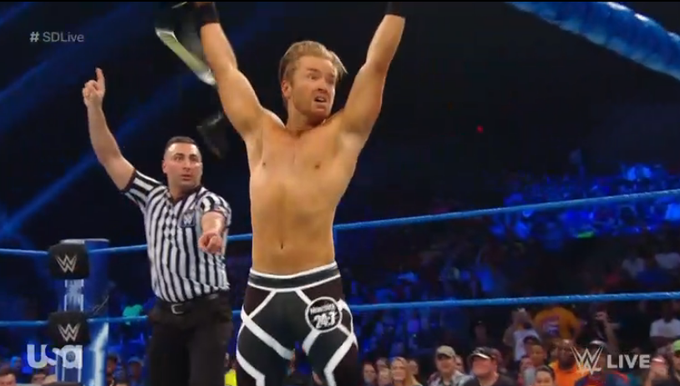 The title change came after Kevin Owens interrupted a performance by Elias and laid him out. R-Truth entered the ring and tried to take the title but Drake stopped him and took the pin for himself.

This is Drake's fifth reign with the WWE 24/7 Title. Elias held the title since taking it from Fox Sports personality Rob Stone at a Fox Founders Day event in Los Angeles this past Friday.

Below are a few shots from tonight's title change at the Raising Cane's River Center in Baton Rouge, Louisiana: