PAC To Replace Jon Moxley At AEW All Out, Updated Card 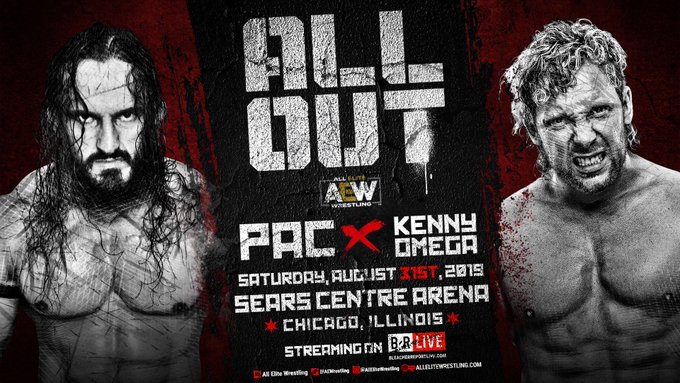 As noted, Jon Moxley took to Twitter today to announce that he was forced to pull out of the AEW All Out match against Kenny Omega due to a "serious case of MRSA" in his elbow. You can read our full report on the injury with Moxley's comments on surgery and his AEW status by clicking here.

AEW has just announced that PAC will be replacing Moxley in the match against Omega at All Out.

The AEW All Out pay-per-view takes place on Saturday, August 31 from the Sears Centre Arena near Chicago.

Below is the updated announced card:

The Best Friends vs. The Dark Order
Winners receive a First Round Bye in the AEW World Tag Team Titles tournament.

The Buy In Pre-show
Jack Evans and Angelico vs. Private Party