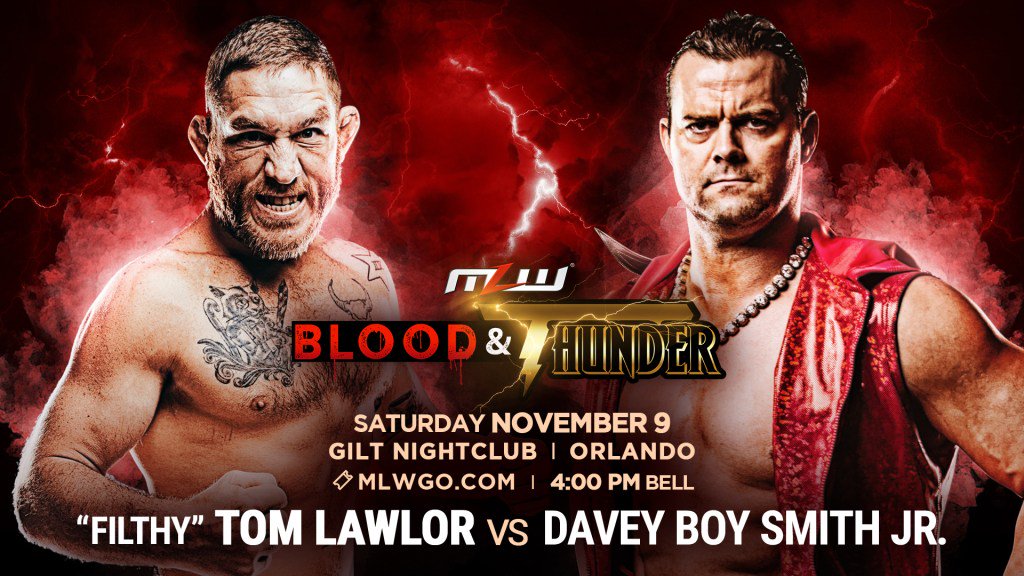 Davey Boy Smith vs. "Filthy" Tom Lawlor is the first match to be announced for MLW: Blood & Thunder.

"On November 9 in Orlando, this rivalry commences in what is one of the biggest matches we can put together this year in MLW," said MLW CEO/Founder Court Bauer.

MLW: Blood & Thunder is on November 9 at the GILT Nightclub in Orlando, Florida.

The event will also be an MLW Fusion TV taping for beIn SPORTS.