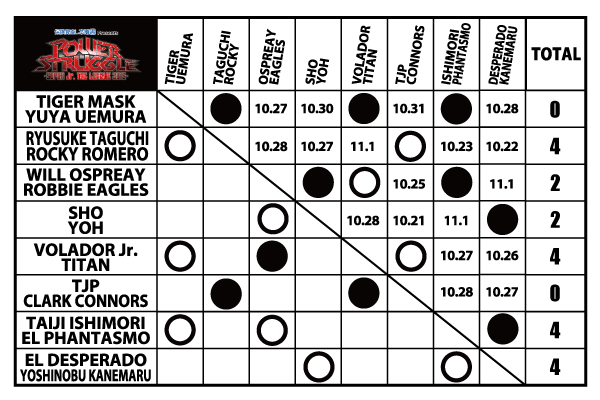 * Robbie Eagles and Will Ospreay defeated Titan and Volador Jr.

Here are the current standings for the Super Junior Tag League tournament: