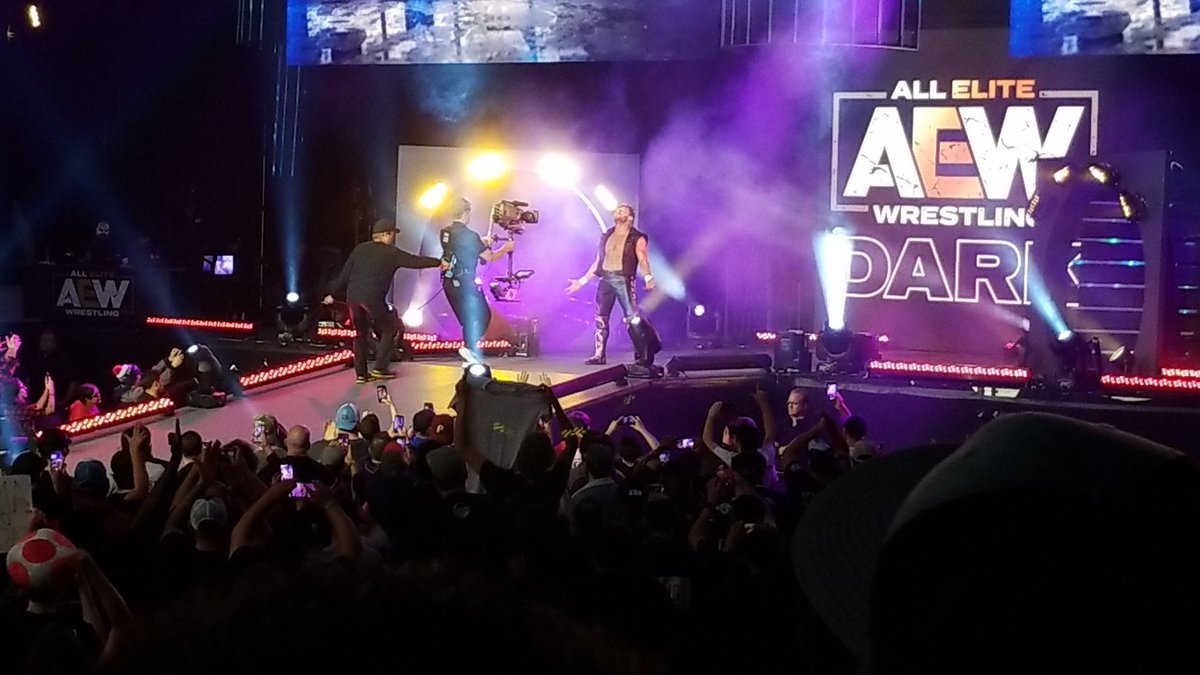 After tonight's AEW Dynamite from Boston finished up The Dark Order, Angelico, and Jack Evans defeated SCU and CIMA in a dark match.

Kenny Omega then defeated Joey Janela (one winged angel on a chair) in an Unsanctioned Lights Out Match in the second dark match after the show.

As noted, earlier tonight Kip Sabian defeated Sonny Kiss and Peter Avalon in the pre-show dark match. All three are scheduled to appear on next Tuesday's AEW Dark on AEW's YouTube channel.

Be sure to check out the full results of tonight's AEW Dynamite.