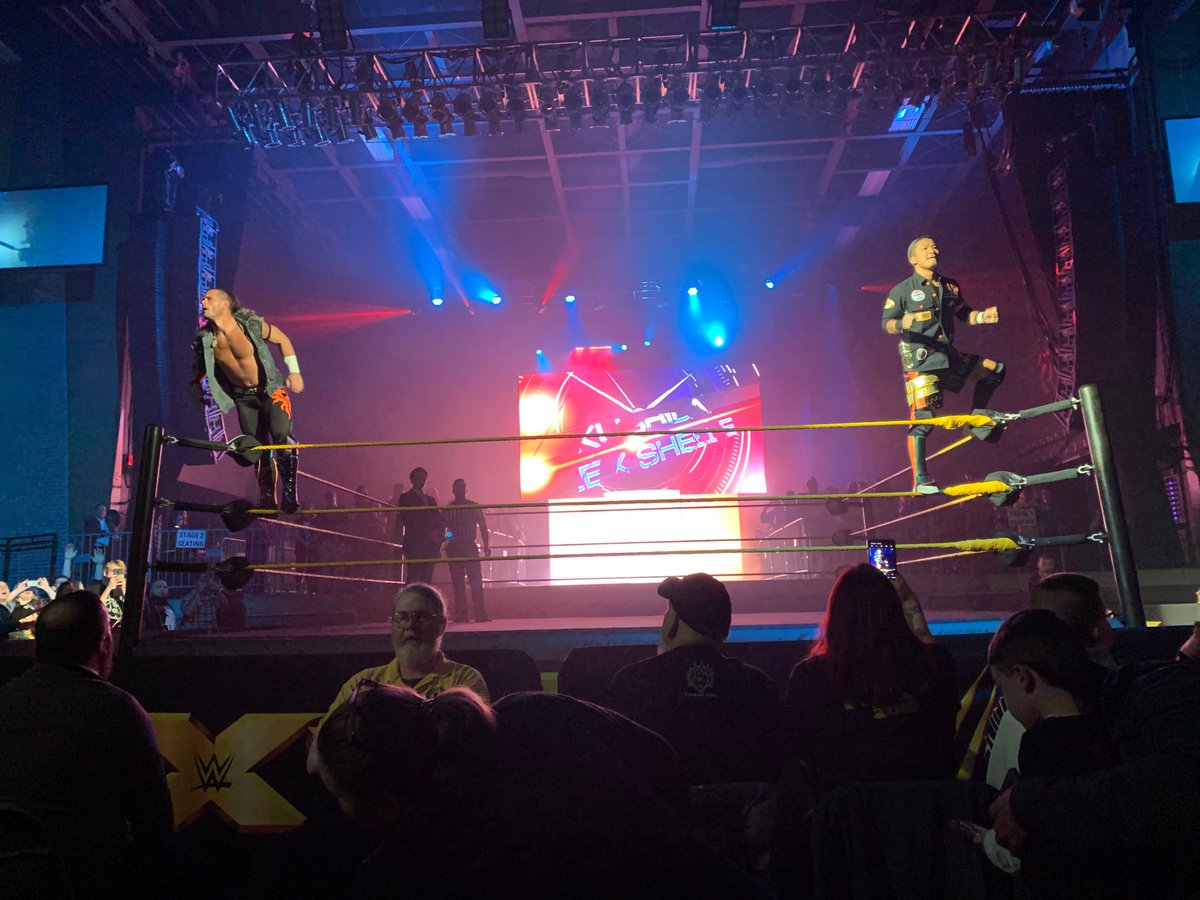 Shelley reunited The Time Splitters with Kushida for a win over The Forgotten Sons in the opening match of the night.

As noted, next Wednesday's NXT episode will see the first round of the Dusty Classic wrap as Shelley reunites and Kushida face The Grizzled Young Veterans. The BroserWeights (Matt Riddle and Pete Dunne) vs. Andrews and Flash will also air next week to end the first round.

There's no word yet on if Shelley has signed a full-time contract with WWE. Shelley worked as a Guest Coach at the WWE Performance Center in Orlando last October.

Below are a few shots from tonight's ring return in Pittsburgh:

Omg I did not think I would see the time splitters tonight! That was awesome @fakekinkade @KUSHIDA_0904 #nxtpittsburgh pic.twitter.com/7HsdZKmUJe

First match at @WWENXT #NXTPittsburgh and I get the debut match in WWE of the reunited Time Splitters?! Hell yes!! The rest of the card tonight could be anything, this alone was worth the trip and price of admission! @KUSHIDA_0904 @fakekinkade pic.twitter.com/XVi2EsHLQh