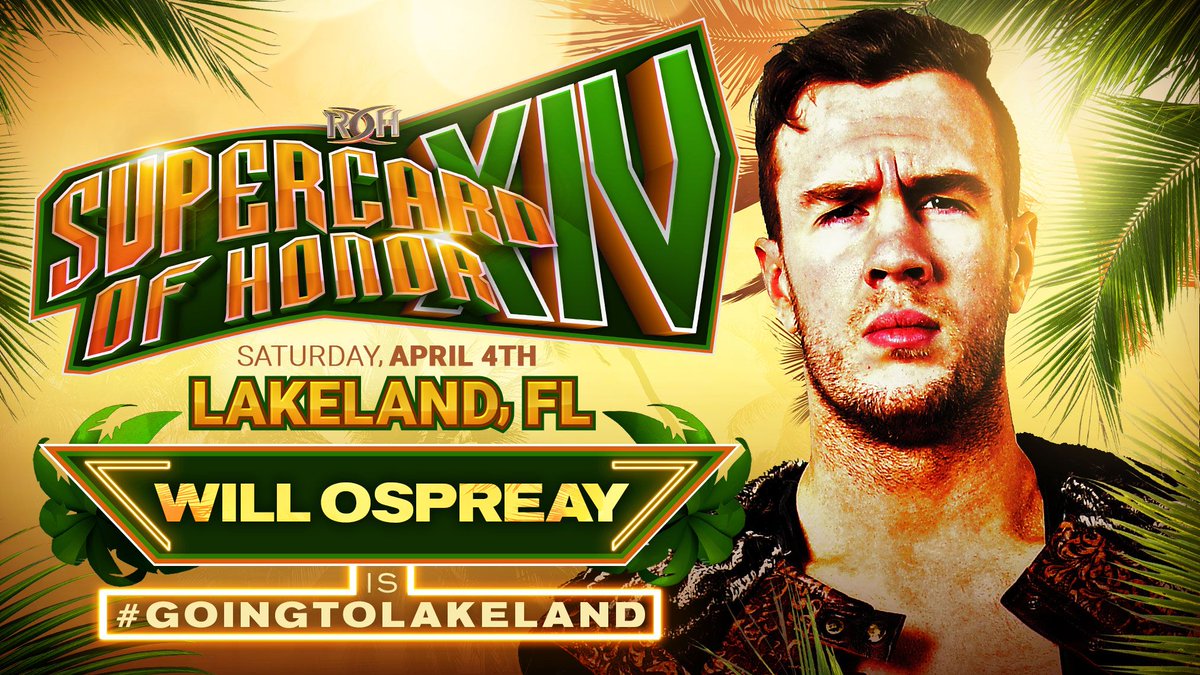 - NJPW star Will Ospreay will be returning to ROH for the Supercard of Honor event on April 4th in Lakeland, Florida. As previously reported, Bullet Club leader Jay White has also been booked for the event.

- Killer Kross will be making his MLW debut against former MLW World Champion "Filthy" Tom Lawlor at MLW: FIGHTLAND at the 2300 Arena in Philadelphia on Saturday, February 1. The event will be a MLW FUSION TV taping for beIN SPORTS. Tickets start at $15 at MLW2300.com.

"Fightland wouldn't be Fightland without a dream match like Lawlor-Kross," said Court Bauer, MLW CEO. "The 2300 Arena has seen some scraps but given the rep of these two, this one is going to be on a different level."

- WWE Hall of Famer Sting will be appearing at the Charleston Sports Pub in Greenville, SC at 15 W. Washington St. this Friday from 6pm - 9pm, and at the Charleston Sports Pub in West Ashley, SC on Saturday from 4 to 7 p.m. General admission tickets are $80, which includes an autograph and picture. You can purchase a VIP ticket for $120 which allows you to jump to the front of the line. You can get more details or purchase tickets here.

- You can win a trip for 2 to the big Bruggadown In Barbados event on March 7th in Barbados, including airfare, hotel, front row tickets at the show and an autographed posted. You can check out details below. As noted, Marty Scurll will be facing PJ Black on the card, while former WWE Diva Melina will battle Renee Michelle, Brian Cage will face Alex Riley, Carlito will clash with Chris Masters, Matt Sydal will face Flip Gordon and more. Tickets go on sale this Friday. For more information you can visit Face2facewrestling.com/barbados.