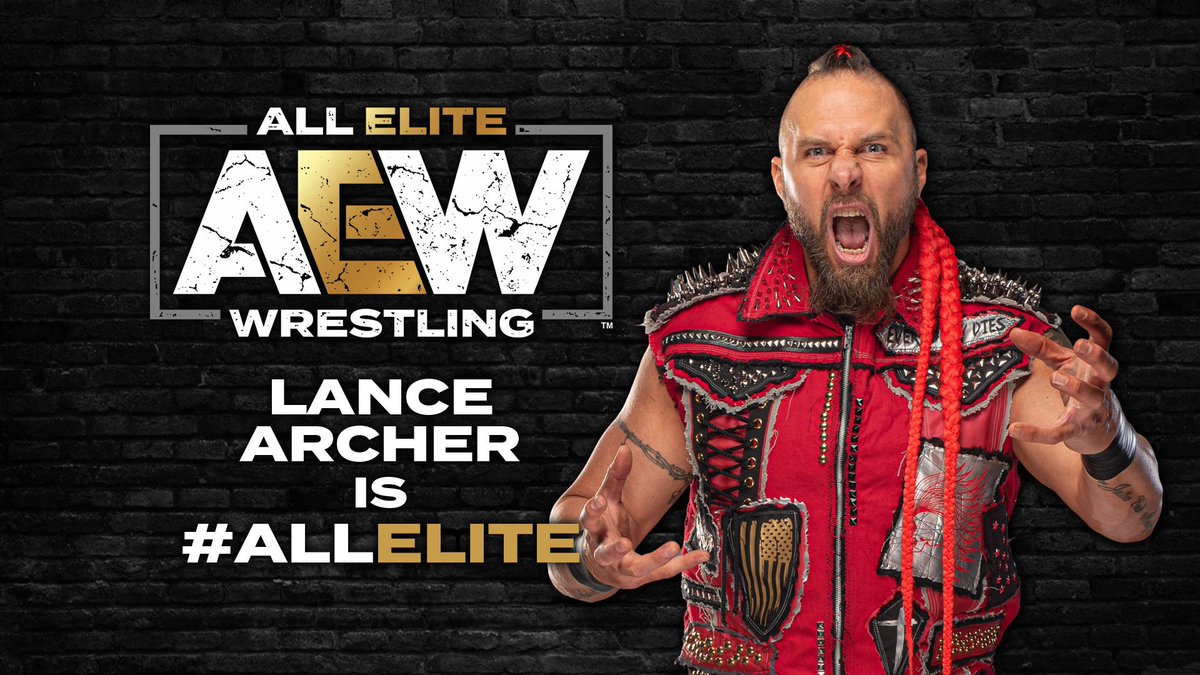 "I've been in the business for almost half of my life, but with AEW, I'm setting my sights on the best chapter of my career so far," Archer said in the release. "This company champions the creative, competitive and electrifying environment that I've been waiting for my whole career. No matter where I gono matter who steps in front of meI'm the one you should be afraid of at AEW."

AEW President & CEO Tony Khan added, "Lance Archer is explosive, dynamic and unpredictable, making him perfect for AEW. He's made his mark in every corner of the world. He's brutal, colorful and will be a factor the minute he steps into the ring."

It was reported back in late January that Archer was in "high-level talks" with AEW. The 43 year old finished up with NJPW earlier this month after being with them since 2017. He previously worked for TNA from 2004-2009, then for WWE from 2009-2010. He then went to NJPW until 2015, and left for a run with Pro Wrestling NOAH. He had been with NJPW since 2017, holding the IWGP United States Title once and the IWGP Tag Team Titles on three occasions. Archer had his best year with NJPW in 2019.

There's no word yet on when Archer will debut with AEW, but we will keep you updated.

Previous Article
Jim Cornette, Dash Wilder And Others Argue Over Wrestlers Using "Belts Or Titles"
Next Article
Aleister Black Reveals Structure Used In His WWE Entrance Was Originally Created For The Undertaker