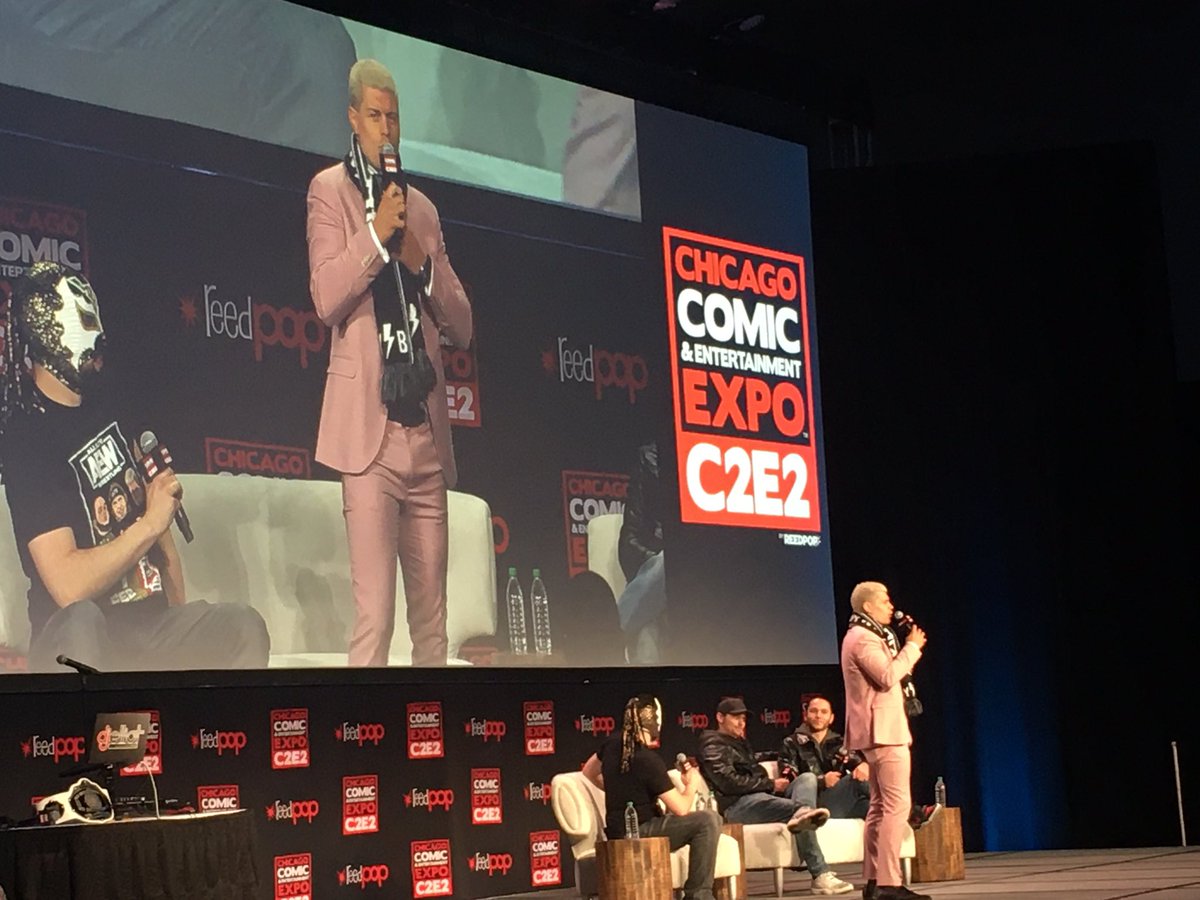 As previously reported, Cody Rhodes, The Young Bucks and Excalibur took part in a panel at the Chicago Comic & Entertainment Expo 2020 this afternoon. Wrestling Inc. Managing Editor Nick Hausman was at the panel, you can check out our recap here. Below is a recap of the Q&A after the panel, which we covered live on our Twitter @WrestlingINC. Below are some highlights:

Q: Is there an update on a UK, Mexico or Canada AEW PPV?

Cody: For sure one in the UK this year. Notes Tony owns the Four Seasons in Toronto. Cody bets the fan $100 they'll make it to Canada for a PPV this year.

Q: How did Omega coming to the ring as Undertale happen?

Were the plans always to make Flip Gordon a masked character at All In?

Cody: Says he hates Flip Gordon but The Bucks love him LIKE A DOG.

Excalibur: Calls him a flat earther.

Matt: Talks about how big the pop was when he won the battle royal.

Q: What old time match gimmicks they'd like to bring back?

Cody: Teases they will announce a very old school match at the PPV tomorrow that will probably make some people very, very mad.

Matt talks about how he thinks the AEW cage is three feet to high. Nick notes he was scared to climb that high. Cody says he wanted to give people their money with the moonsault. Shows off his broken toe, as seen below:

Matt talks about how he thinks the AEW cage is three feet to high.

Nick notes he was scared to climb that high.

Cody says he wanted to give people their money with the moonsault. Shows off his broken toe. pic.twitter.com/5Eg2ZlnK4u

Q: Whose idea was Inner Circle?

Nick: Talks about a secret meeting they had with Tony they day after All In. Notes they wanted The ELITE to feud with a stable led by Jericho.

Q: Is there an AEW video game update?

Cody: Asks the crowd if they want an AEW video game (HUGE POP). Says everything the fans have wanted they have done. Notes there is a specific engine fans want and it takes time. Teases Kenny will have a more detailed answer soon.

Q: Who on the indies they want in AEW?

Cody: Says he has to ask Ethan Page about Danhausen and says both those guys are DIY guys he wants. Notes Ethan is with Impact and he wanted him. Says he'll look at WarHorse soon.