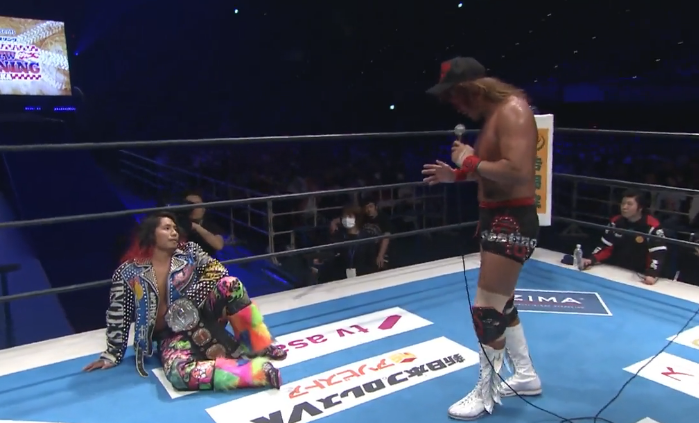 Naito called Takahashi to the ring, and challenged him, which Takahashi agreed to on the spot. This will be the first-ever singles match between the two stablemates.

The show will take place on March 3 at Ota City General Gymnasium in Tokyo, Japan.

Be sure to check out our results of today's show!