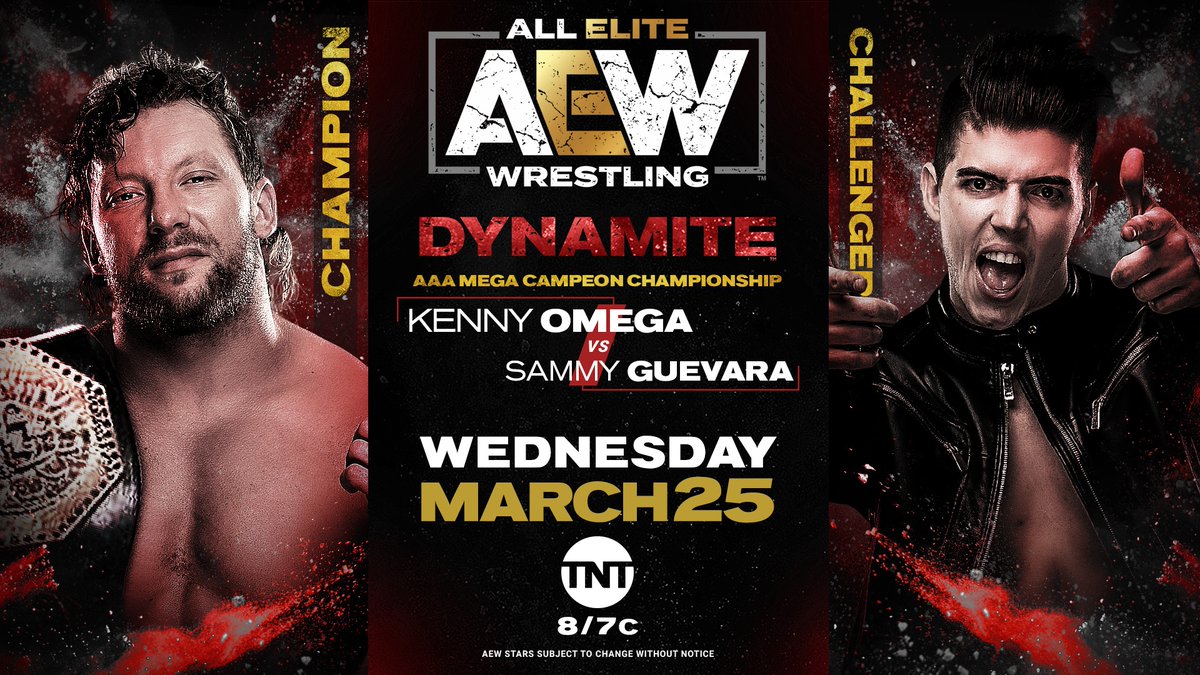 AEW announced Kenny Omega will defend the AAA Mega Championship against Sammy Guevara on this Wednesday's AEW Dynamite. This week's show will return to Daily's Place in Jacksonville.

Omega won the title back in October when he beat Fenix at AAA Heroes Immortales XIII. Guevara has made numerous appearances for AAA, winning the AAA World Cruiserweight Championship back in August of 2018.

Below is the updated lineup for Dynamite:

Wednesday on Dynamite - the @luchalibreaaa Mega Campeón Championship is on the line as challenger @sammyguevara takes on the champion @KennyOmegamanX.