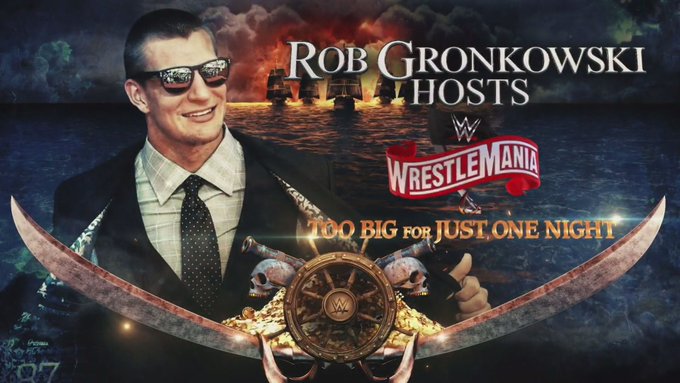 Tonight's WWE SmackDown on FOX main event featured The New Day vs. The Usos to determine the WrestleMania 36 opponents for SmackDown Tag Team Champions John Morrison and The Miz. The match ended in a DQ when the champs interfered after doing commentary for the match.

Michael Cole then announced that the match at WrestleMania 36 would feature Morrison and The Miz defending against both The Usos and The New Day in a Triple Threat Ladder Match.

That Triple Threat will likely be changed next Friday on the SmackDown go-home episode for WrestleMania. It was reported earlier today that The Miz was pulled from WrestleMania because he was sick, and that the match was changed to Morrison vs. one of The Usos in a singles Ladder Match. If that report is correct, it will be interesting to see how they go from the Triple Threat Ladder Match to the singles Ladder Match next week.

In other news on the WrestleMania 36 card, it was noted on SmackDown that Otis vs. Dolph Ziggler will happen. While taunting Otis in a backstage segment, Ziggler mentioned that Mandy Rose will be in his corner. Rose later told Ziggler that she supported the match at WrestleMania, but she refused to let Otis and Ziggler fight over her like some kind of prize. Rose then walked away with Ziggler while he had his arm around her.

The taped WrestleMania 36 event is scheduled to air on Saturday, April 4 and Sunday, April 5 at 7pm ET, via the WWE Network and pay-per-view. It was taped on a closed set with no fans, at the WWE Performance Center and other locations.

Despite spoiler updates we've learned from this week's WrestleMania 36 tapings, WWE currently has the following 15 matches advertised for the big event. Stay tuned as WWE confirms changes to the card over the next week.