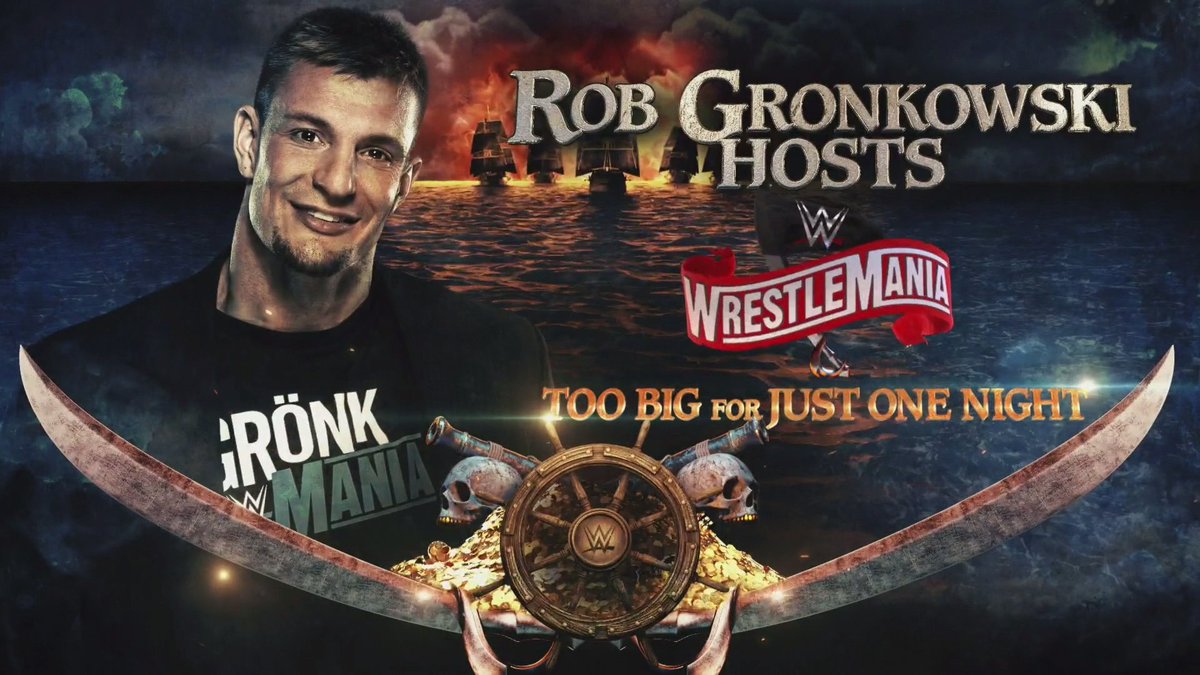 It was announced on tonight's WrestleMania 36 go-home edition of WWE RAW that WWE United States Champion Andrade is currently dealing with a rib injury.

The injury was announced by Zelina Vega, right before Andrade was to team with Seth Rollins and Angel Garza to face Kevin Owens and RAW Tag Team Champions The Street Profits in six-man action. Vega ended up announcing WWE NXT Superstar Austin Theory as Andrade's replacement for the tag team match, but Owens and The Profits still got the win.

It looks like Theory may be affiliated with Vega moving forward because she announced him as the hottest free agent no more.

Regarding Andrade's rib injury, Vega called it serious but that wasn't what was reported last week when the injury was first revealed. It was noted last week that Andrade's rib injury was "very minor" but bad enough that he was not going to be medically cleared to compete at last week's WrestleMania 36 tapings. Andrade apparently suffered the injury during last week's RAW when he and Garza teamed up to defeat Ricochet and Cedric Alexander. They then participated in a post-match run-in with The Profits.

After the six-man match, WWE then confirmed that Theory will replace Andrade at WrestleMania 36. It will now be Theory and Garza challenging Montez Ford and Angelo Dawkins for their RAW Tag Team Titles. There's still no word yet on when Andrade will be back in action, but we will keep you updated.

It's interesting that Theory is already making his WrestleMania debut as he just debuted with the company in August 2019. The former EVOLVE Champion and WWN Champion was signed after participating in a February 2018 tryout at the WWE Performance Center. Theory just lost to Tyler Breeze on last week's NXT episode. He defeated Isaiah "Swerve" Scott back on the March 4 NXT episode, but lost to Tommaso Ciampa on the February 26 episode. The tag team match on tonight's RAW was Theory's main roster debut.

The taped WrestleMania 36 event is scheduled to air on Saturday, April 4 and Sunday, April 5 at 7pm ET, via the WWE Network and pay-per-view. It was taped on a closed set with no fans, at the WWE Performance Center and other locations. The Kickoff pre-show will begin at 6pm ET on both nights, and we will have live coverage beginning then.

Below is a "Breaking News" tweet on Anrade's injury from the WWE On FOX Twitter account. For what it's worth, they deleted the tweet three times before leaving it up. Also below is the updated WrestleMania 36 announced card, along with a few more tweets from Theory's RAW debut and the announcement from Vega:

* Note: The finalized line-ups for each night will be confirmed soon. Some of these matches will be changed over the next week.

BREAKING NEWS: @AndradeCienWWE will be unable to compete at #WrestleMania due to a rib injury. pic.twitter.com/3FwcZyqNCb