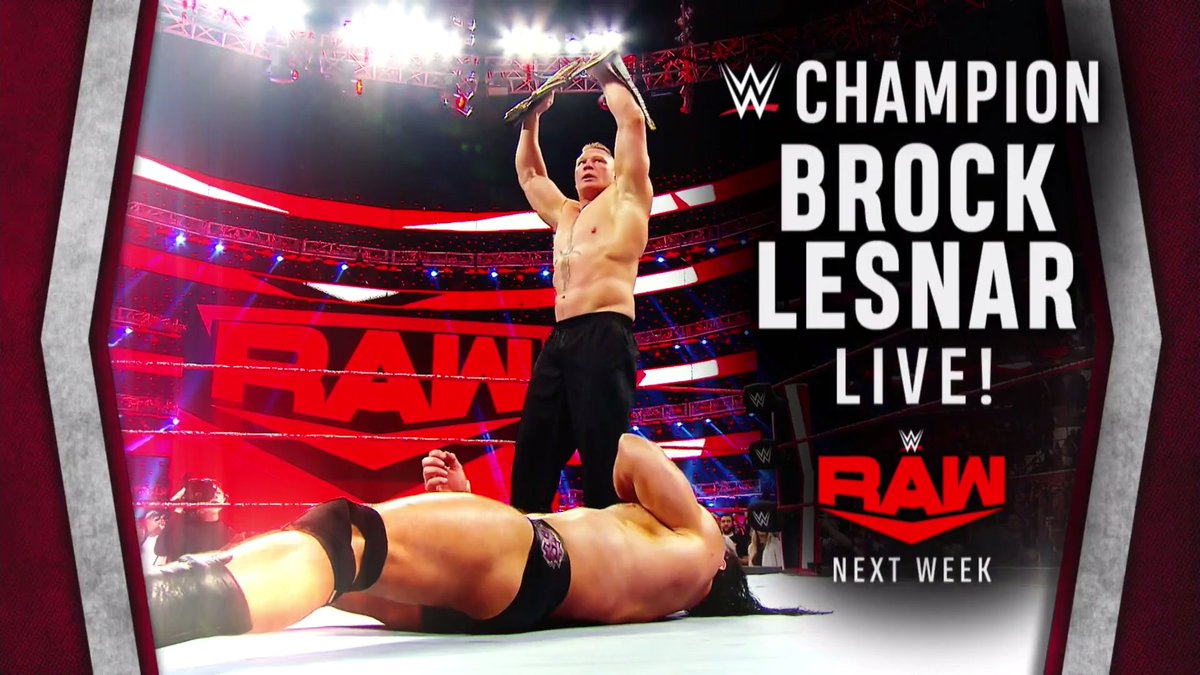 Next week's RAW is still scheduled for the Dickies Arena in Ft. Worth, Texas, as of this writing, but that will likely change soon. It's expected that next Monday's RAW will also take place from the WWE Performance Center in Orlando due to the coronavirus pandemic, as tonight's RAW did. WWE's website and the Dickies Arena website are still advertising RAW as of tonight, and Ticketmaster is still selling tickets for the show.

Speaking of Edge, the arena and the WWE website has him advertised for next Monday's RAW, but he has not been officially announced by WWE like Orton, McIntyre and Lesnar were.

Stay tuned for updates on next Monday's RAW episode.