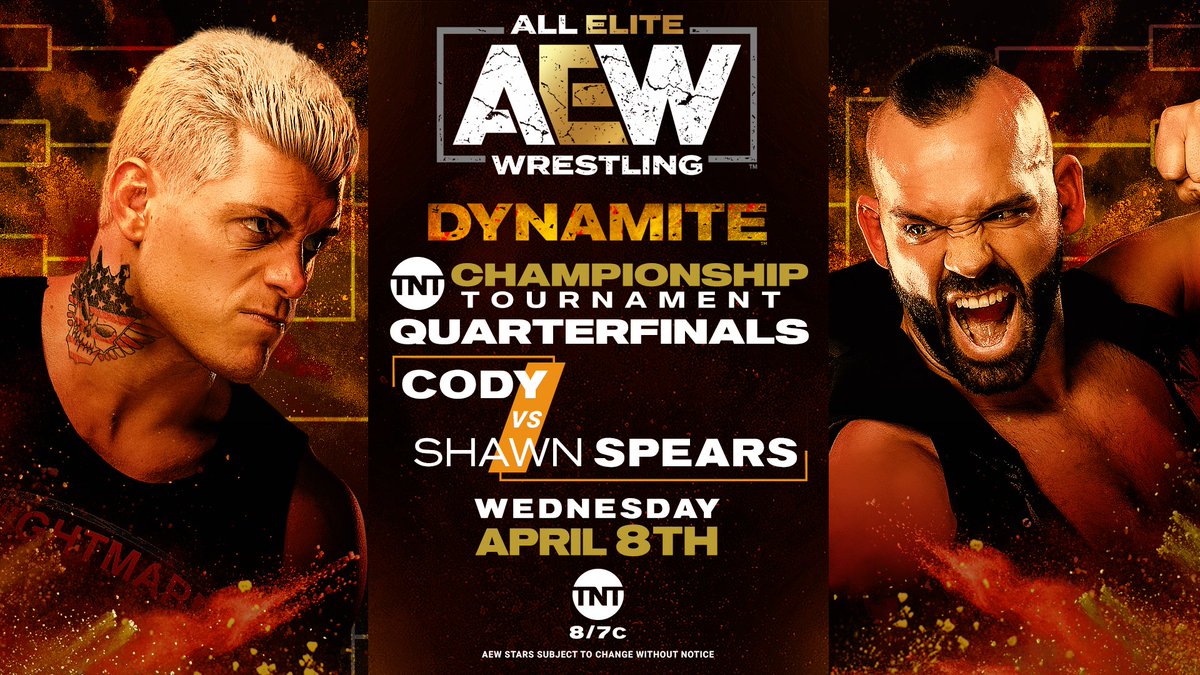 First up, Lance Archer will be back in action after completely destroying Marko Stunt during last week's in-ring debut.

The number one ranked Hikaru Shida is set to go against Britt Baker, who is currently ranked number four in the women's division. Also, Chris Jericho will be on commentary with Tony Schiavone.

As noted, the TNT Championship Tournament gets started with Cody taking on Shawn Spears on Wednesday's show. In two weeks, it will be Lance Archer vs. Colt Cabana. Other first-round matches include: Kip Sabian vs. Dustin Rhodes, and Sammy Guevara vs. Darby Allin.

The finals are scheduled for Double or Nothing on May 23 in Las Vegas, which is currently up in the air.