WWE started using an injury to explain Zayn's absence in the storylines this week. As noted, it was announced last week that Zayn was unable to compete so he was being stripped of the Intercontinental Title. The title was declared vacant and a tournament began during Friday's SmackDown on FOX to crown a new champion. WWE never said why Zayn was unable to compete, or gave a storyline reason, but just said he was unable to defend the title. It's been reported that Sami chose not to compete during the coronavirus pandemic due to potential health concerns.

WWE posted a tournament preview this week and said with Zayn out of action due to an injury, the title is being held in abeyance, or held in suspension, until the end of the tournament.

The tournament began on Friday with Daniel Bryan defeating Drew Gulak and Elias defeating King Baron Corbin in first round matches. This week's SmackDown will feature the end of the first round with Jeff Hardy vs. Sheamus and Shinsuke Nakamura vs. AJ Styles, who is representing RAW in the blue brand tournament. The winner of Sheamus vs. Hardy will face Daniel Bryan at a later date, while Elias will face the winner of Styles vs. Nakamura. The finals will feature Bryan or Hardy or Sheamus vs. Elias or Styles or Nakamura.

WWE also referred to the title being "held in abeyance" due to Sami being out of action in the preview for this Friday's Styles vs. Nakamura match. WWE also mentioned that Nakamura will be looking to bring the title back into The Artist Collective, which is the stable Sami has with Nakamura and Cesaro.

Stay tuned for more on Sami's status and the tournament. Below is a look at the current brackets: 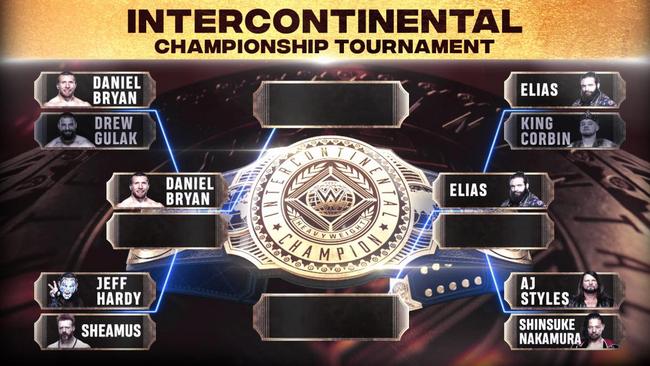