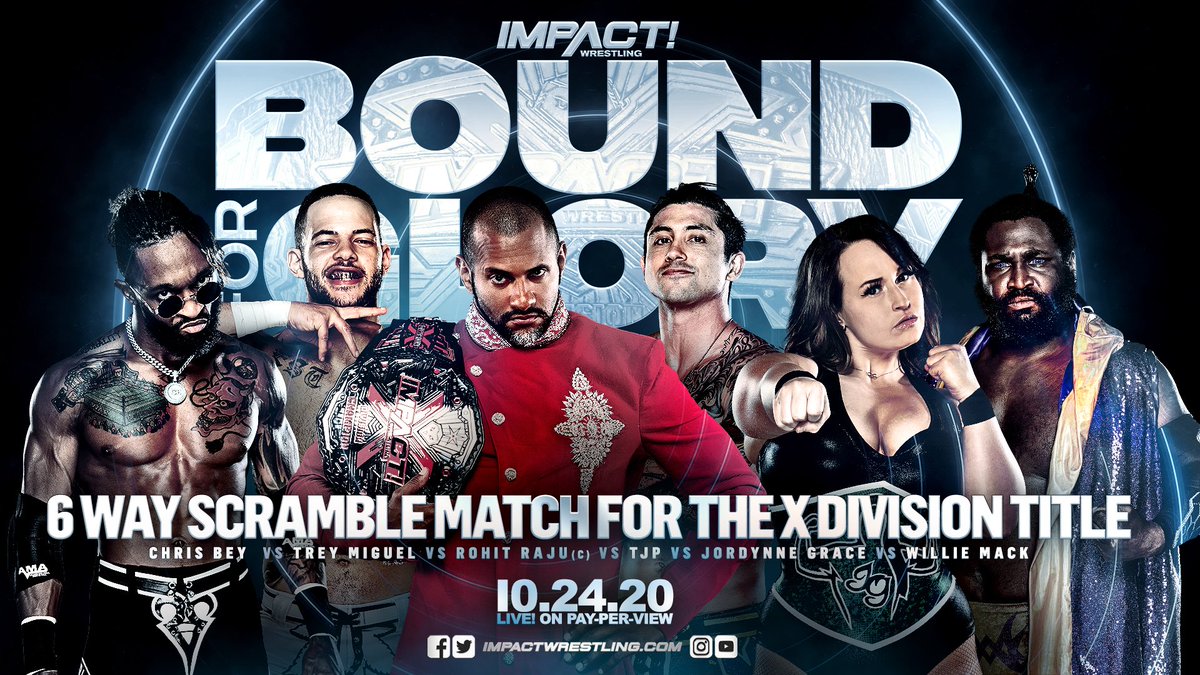 On this week's episode of Impact Wrestling, Executive Vice President Scott D'Amore informed Rohit Raju that he will defend his X-Division Championship in a six-way scramble match at Bound For Glory on Saturday, October 24. He will be putting his title up against former challengers Willie Mack, Chris Bey, TJP, Trey Miguel and Jordynne Grace

This announcement was made following a confusing ending to Raju's "Defeat Rohit" Challenge. In the match, Mack came out first to challenge him. Mack originally faced Raju this past Saturday at Victory Road. Although Mack won their bout - via a count-out - on Saturday, Raju retained his title. Tonight, Raju sang the same tune, but it was Jordynne Grace who had to find out the hard way that her victory over the X-Division champion did not count towards a newly won title.

Every challenger in this scheduled bout has faced Raju at some point for the title. Mack, Bey and TJP are former X-Division champions, whereas Trey and Grace have never won this said championship.

Grace is a former Knockouts champion. She held the title proudly for 182 days before Deonna Purrazzo won the belt off of her at Slammiversary back in July. Trey is the only contender who has not won a championship in the company yet.

Outside of Impact, Trey is currently the new Warrior Wrestling as well as the WrestleCircus Big Bop Tag Team champion with fellow Rascalz ally, Zachary Wentz.

Below is the updated card for Bound For Glory thus far:

Stay tuned with Wrestling Inc. for new and updated matches that will be added in the next several weeks.