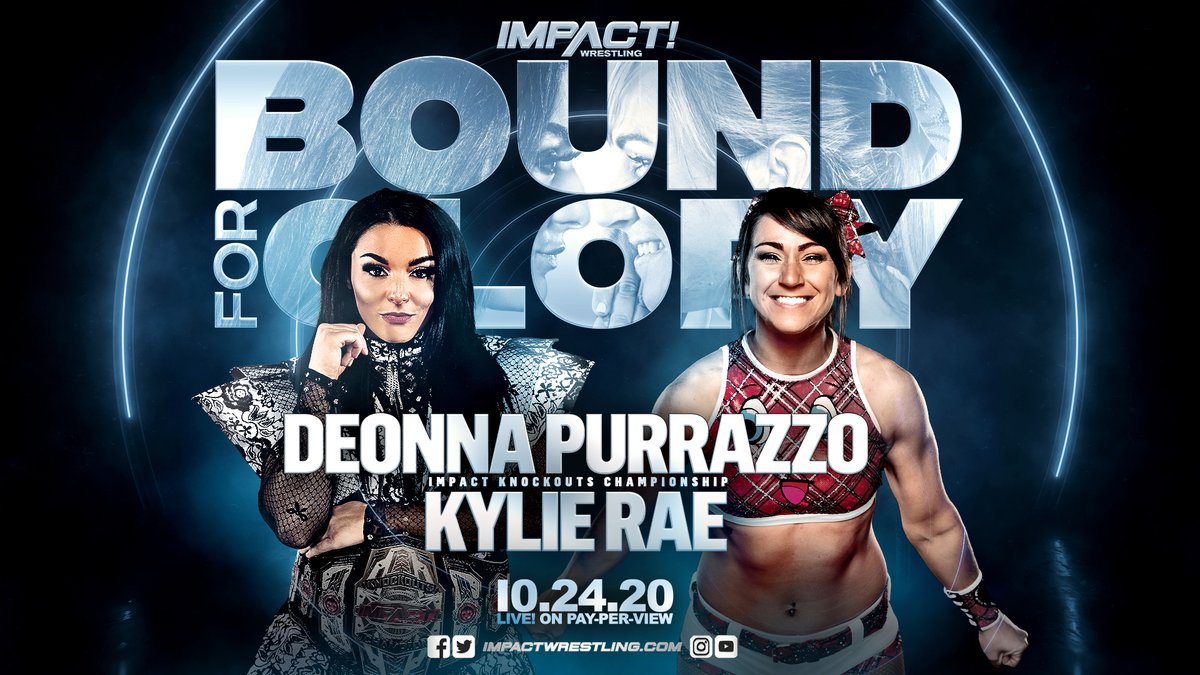 After a tremendous victory at Slammiversary, Kylie Rae will finally have a shot at Deonna Purrazzo's Knockouts Championship at Bound For Glory on Saturday, October 24. This will be Rae's first title opportunity since she signed with Impact Wrestling in March. For Purrazzo, this will be her third title defense. Her last occurred this past Saturday at Victory Road against Susie (Su Yung's alter ego).

Rae received her golden invitation to challenge Purrazzo after outlasting the rest of the Knockouts division in a Gauntlet match back in July. Unfortunately, she had to wait two months after her initial win, due to playing a prominent role at Wrestle House, an alternative reality show broadcasted throughout August up until early September on Impact's weekly shows.

Now that she's back from that alternate universe, Rae is more ready than ever to add a new piece of gold to her résumé. Outside of Impact, Rae is currently the Black Label Pro Midwest, Freelance World (2 times), War of the Genders, and recently, the Warrior Wrestling Women's Champion in Chicago.

Upon her arrival at the Impact Zone in June, Purrazzo has been on fire as a singles competitor. "The Virtuosa" made headlines when she tapped out Jordynne Grace to become the new champion just one month after her jaw-dropping debut.

Following their first bout, Purrazzo and Grace met again. This time, they concluded the second night of Emergence in a first-ever women's 30-Minute Ironman match. Grace and Purrazzo split the first two pinfalls, but Purrazzo pulled out her Fujiwara armbar, causing Grace to tap out and for Purrazzo to retain her title.

If you look at the tale of the tape between these fierce opponents, both women have strong backgrounds as submission artists. Purrazzo sends most of her opponents tapping with her tightly structured Venus de Milo (Fujiwara armbar). Rae, on the other hand, likes to use her Smile To The Finish (STF - step-over toehold facelock) or the Kylie Special (slingshot arm and leg cradle with a superkick assist) to gain her victories. Neither woman is undefeated as singles competitors yet.

Below is the updated card for Bound For Glory thus far:

Stay tuned with Wrestling Inc. for new and updated matches that will be added in the next several weeks.

BREAKING: The Knockouts Championship match at Bound For Glory is now OFFICIAL! @DeonnaPurrazzo will defend against @IamKylieRae on October 24th LIVE on PPV!