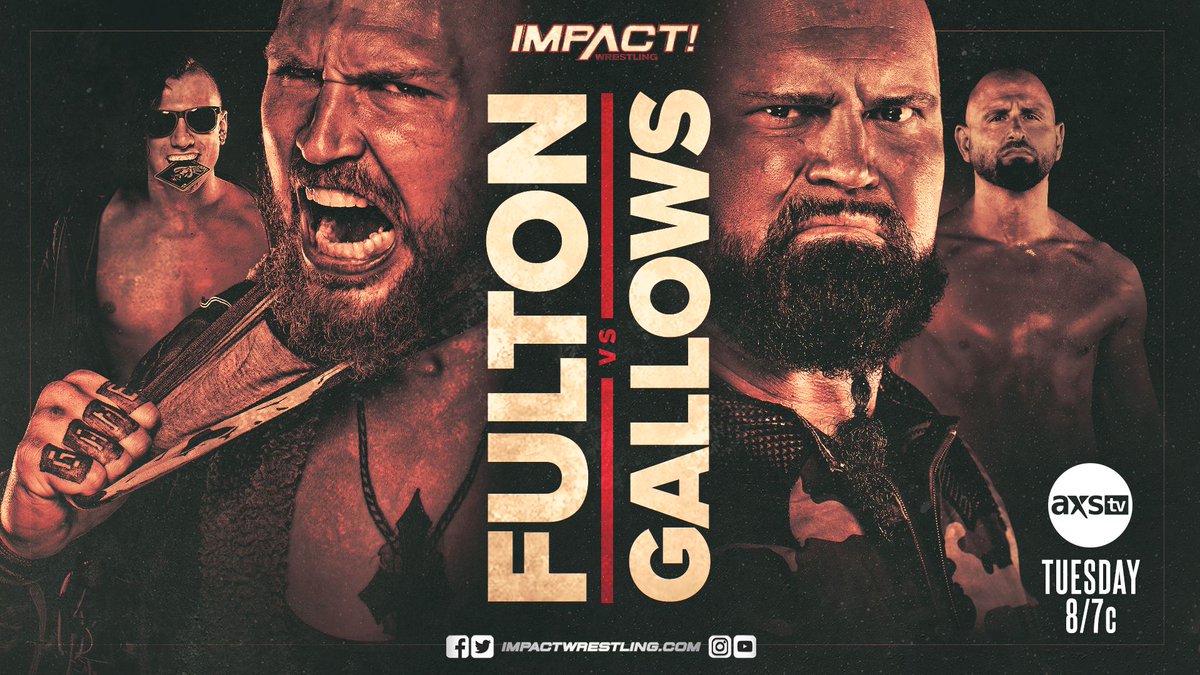 Also on the card, the number one contender to the Knockouts Championship, Kylie Rae, will square off against Kimber Lee. At Victory Road this past Saturday, Rae's friend Susie lost her match against the Knockouts champion Deonna Purrazzo. At the end of their match, Purrazzo broke Susie's arm with her Venus de Milo (Fujiwara armbar).

In her interview this week, Rae voiced her frustrations about Purrazzo's approach towards her friend. As she was describing her exasperation, Lee made her way into Rae's interview to taunt her for sticking up for her friend. Rae couldn't control her anger anymore and decided to attack her. After pouncing on her, Rae couldn't believe what she had done. Have Susie/Su Yung's violent tendencies rubbed off on Rae?

Before their big tag team bout at Bound For Glory, Madman Fulton with face Doc Gallows (of The Good Brothers) in a "Goliath" match. Both men have quite a lot of strength and agility with how they move in the ring. Now, it will be anyone's game as to who wins this match for themselves and their team.

Previous Article
UWN Primetime Live Results: Zicky Dice Teams With Effy, Former WWE Star In Action
Next Article
Brodie Lee On Dog Collar Match With Cody: "These Are The Moments I Signed Up For"