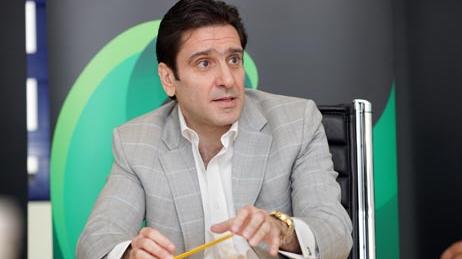 WWE announced this week that Carlo Nohra has been appointed to the role of Vice President & General Manager of WWE Asia Pacific.

Nohra will now lead WWE initiatives and day-to-day operations in the APAC region, and will continue to report directly to James Rosenstock, WWE's Executive Vice President of International.

Below is the full announcement issued to us by WWE:

In his new role, Nohra will lead WWE's strategic business initiatives and day-to-day operations in the APAC region and work with partners across all of WWE's lines of business, including television, live events, marketing, sponsorship, digital, licensing and merchandising. He will continue reporting directly to James Rosenstock, WWE Executive Vice President, International.

"Carlo is an experienced executive who has effectively built and maintained strong relationships with our partners in the MENA region," said Rosenstock. "We are confident Carlo will continue to enhance WWE's presence and increase engagement for our passionate fanbase in APAC."

Prior to joining WWE, Nohra held Chief Executive Officer roles at Al Jazira Football Club, Al Ain Football Club and the UAE Football League. Prior to that, he served as Assistant General Secretary and Director of Competitions at the Asian Football Confederation and Vice President for Corporate Strategy at the World Sport Group.

Nohra's appointment builds on the WWE's longstanding commitment to the Asia Pacific region. Throughout its more than 20-year history in the region, the company has dramatically expanded its presence to reach more than 180 million households and a population in excess of 850 million across the 25 APAC countries in which WWE operates. WWE tours the region annually and in 2018 sold out Melbourne Cricket Ground for Super Show-Down with more than 70,000 fans in attendance.